At Coombe Dingle against a University of Bristol 1XI, we won the toss and elected to bat first. Captain Oliver Meadows (Chippenham CC) led from the front with a beautifully compiled century, looking in promising touch for the season ahead. Will Hope (Great Rissington CC) & Meadows negotiated a tricking opening spell from the University of Bristol bowlers, putting together a partnership of 55. 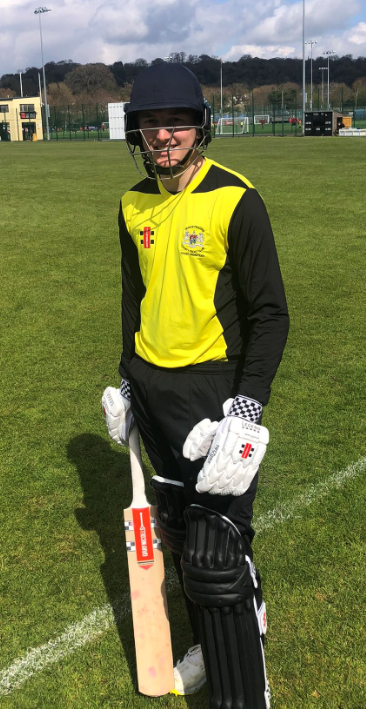 After the dismissal of Meadows, Nick Schubach (Dumbleton CC) provided some flourish towards the back end of the innings with a run a ball 20, however, with wickets falling in frequent periods due to an excellent display of bowling by UoB bowler Caunt (5-18) it proved difficult to post a competitive score and we were all out for 211.

In reply, Charlie Allen’s (Golden Hill CC) opening spell was impressive and bowled well to restrict the UoB opening partnership. UoB then accelerated at a pace with both openers passing half centuries until Kameel Sahabdeen (Chepstow CC) managed to make a breakthrough with the score at 127.

Sahabdeen ended up picking up all of Gloucestershire’s 3 wickets (3-40), unfortunately, the damage done was a little too late with UoB chasing the target inside 39 overs.

A great warm up for all the players involved and this gave our coaches a chance to view the players in a match environment which will be very beneficial for the forthcoming season.

We would like to thank University of Bristol for hosting us and we are looking ahead to our next pre season friendly against Wiltshire on Friday 16th April.