Hawkesbury CC played host for our Gloucestershire U18’s side on Sunday in their fifth fixture of the Royal London Cup, taking on Cricket Wales.

A strong and competitive side was selected which was led for the first time this season by Luke Charlesworth. Cricket Wales won the toss and elected to field first on an overcast day in Hawkesbury.

With Wales making early inroads, and bowling with great control to our top order – Gloucestershire were in a tricky position at 59 for 3 with a well needed partnership required for the innings to settle. Stanley Brown (86), promoted to number three and skipper Luke Charlesworth (50) worked together to form a partnership of 105 to help the home side reach 256 in their 50 overs. Brown playing the anchor role occupied the crease for 112 balls for his 86 with 8 boundaries whilst Charlesworth played with some flair to reach his half century in 62 balls with 5 boundaries including 2 sixes. Wicket-Keeper George Driver Dickerson also scored some valuable runs at the back end of the innings with a quick fire 38 off 28 balls and played some breathtaking shots. Welsh bowler Ed Sivak was the pick of the bowlers for the away side, taking 5 for 46 in 10 overs and was a tricky opponent to contend with.

In reply, the away side were in full control as Welsh openers Harry Friend and Callum Nicholls safely negated top bowling spells from Oliver Wood and captain Luke Charlesworth. A couple of quick wickets for Gloucestershire set Wales back to 92 for 2 however opener Nicholls continued in style, hitting a well crafted 129 whilst wickets tumbled around him. He was finally dismissed by Owen Harris with some quick work behind the stumps by Driver-Dickerson, the match right in the balance at 201 for 6. Gloucestershire kept pushing thanks again to Harris (4 for 37) and Praneel Choughule (3 for 59). Max Shepherd also building the pressure bowling a tidy spell of 10 overs, taking 1 wicket for 37 runs as Wales were all out for 238 with Gloucestershire snatching victory by 18 runs.

A brilliant match which went right down to the wire and we would like to thank Cricket Wales for a competitive fixture. Thanks again to Hawkesbury CC for being marvelous hosts at their beautiful venue along with the umpires and scorers who officiated. 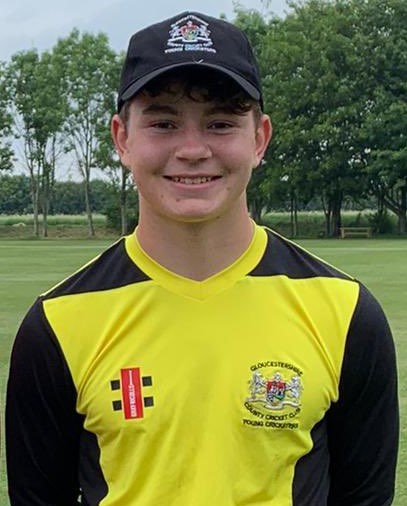