Gloucestershire Exiles gathered at Lord’s during the County’s Royal London One-Day Cup match against Middlesex at Lord's on Sunday 21st April to present the 2018 Ron Lev Player of the Year Award to Ryan Higgins.

Ryan was an extremely popular winner in the annual poll which was once again organised by Jon Paine.

The presentation was made by Exiles Membership Secretary Simon Franklin, who congratulated Ryan on his achievements and exploits in his debut season for Gloucestershire.

Ryan is pictured with an engraved tanker and also with the latest edition of Outside-edge, the Exiles newsletter magazine, in which he was featured heavily. 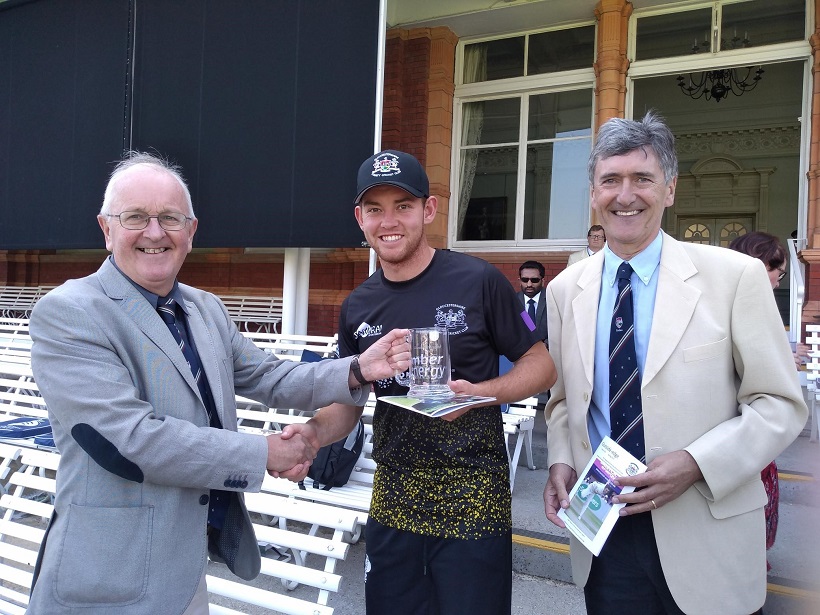