Chris has moved into the new full time role of Development Physiotherapist at Gloucestershire Cricket after already enjoying four successful seasons as the Second Eleven/Assistant Physiotherapist. Working closely with talent pathway Strength and Conditioning coach Ollie Hunt to deliver a comprehensive long term athletic development programme for our Academy and EPP, Chris helps on bridging the gap between elite youth cricket and the professional game.

Chris has a long association with Gloucestershire, dating back to 2002 when he featured as a young leg spinner representing the U19s and forming part of the emerging Academy programme (which included a very young Chris Dent!). Chris went on to play for the second XI during his time studying at Bristol University from 2003-2006 whilst also featuring in minor counties cricket for my  home county of Herefordshire for several years after.

After working full time in the NHS as a specialist musculoskeletal Physiotherapist, completing a masters degree in Sport Science and a foundation year in Medicine, Chris was recruited by former long serving Head of Medical services Steve Griffin for the 2016 season. 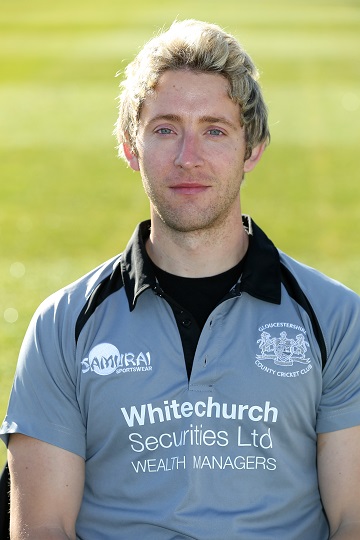