Young cancer survivor given a day to remember at Gloucestershire Cricket

A seven-year-old boy who endured more than 1180 days of chemotherapy to overcome a rare type of blood cancer was given a day to remember at Gloucestershire County Cricket Club to celebrate him being given the all-clear.

Cricket-mad Benjamin Smith, from Cheltenham, Gloucestershire, was diagnosed with acute lymphoblastic leukemia (ALL) in June 2017, at the age of three, and went on to face three-and-a-half years of daily cancer treatment. The grueling chemotherapy meant Benjamin was unable to do all the things a healthy three-year-old boy usually does, such as playing with friends, riding a bike, and enjoying family days out.

But like his father, Matt Smith, who himself beat testicular cancer at the age of 25, Benjamin battled bravely to overcome ALL, which is so rare it’s only found in around 2000 people in the UK each year. Having spent several weeks in hospital and withstood 17 general aesthetic procedures, Benjamin finally finished his treatment in September 2020 during Childhood Cancer Awareness Month and will soon celebrate being one year cancer free.

To help make the occasion extra special, Gloucestershire CCC invited Benjamin and his family to be VIPs for the day at Bristol County Ground for the club’s Royal London One Day Cup fixture vs Essex, in August. Benjamin, his parents Matt and Suzanne and his older sister, Emilia, aged 10, were chauffer driven to the ground by Bristol Audi, met with the first-team players pre-match and were able to watch the on-the-field action in the company of club mascot, Alfred the Gorilla.

Matt Smith, a secondary school teacher, said the family enjoyed a special day at Gloucestershire CCC that was made so memorable because of “how much it made Benjamin smile”. 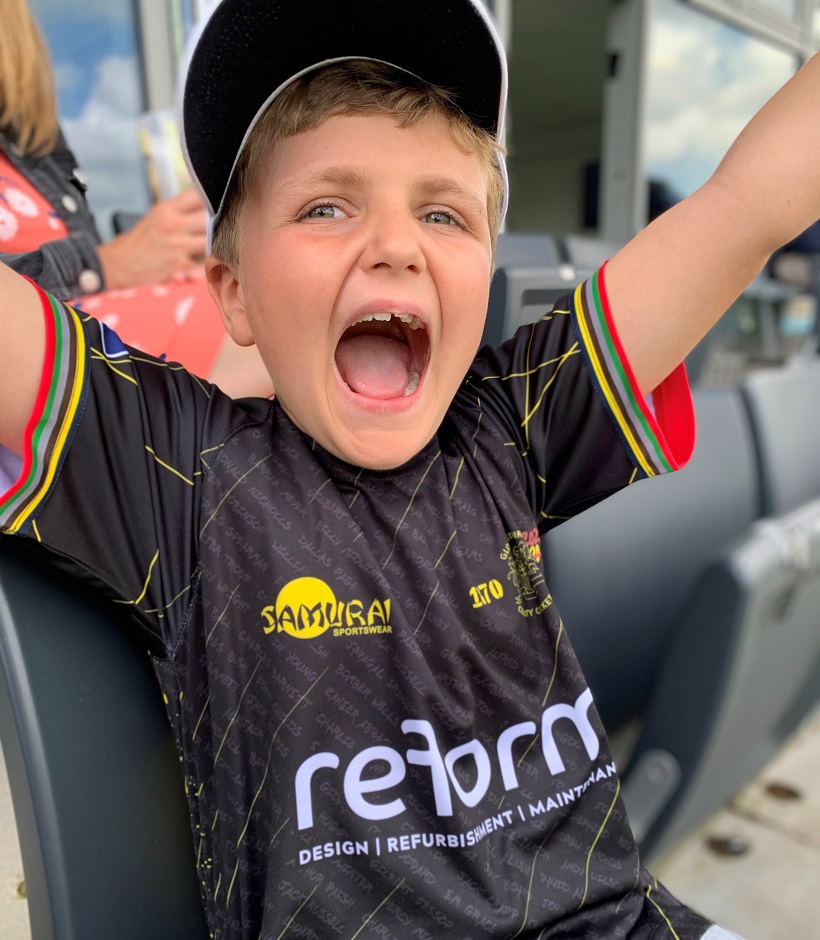 “It was really overwhelming to receive so much support from the club, it was a really special day that we’re incredibly thankful for”, said Matt.

He added: “We could not be any more grateful, Benjamin had a great time and we were able to see him smile like a little boy should. He loved meeting the mascot, he loved all of it.

“We’re really proud of what Ben has achieved and what he’s overcome. He’s grown to become an amazing little boy and it has been quite overwhelming for myself and Suzanne to see how much support we have received.”

Benjamin’s diagnosis came after his parents noticed he was struggling to recover from a simple ear infection and he started to suffer with frequent nose bleeds. After being rushed to hospital in Gloucester for blood test on June 26 2017, Benjamin and his parents were told he had ALL, and he was subsequently transferred to Bristol Children’s Hospital the very next day to begin intense treatment against the aggressive cancer. 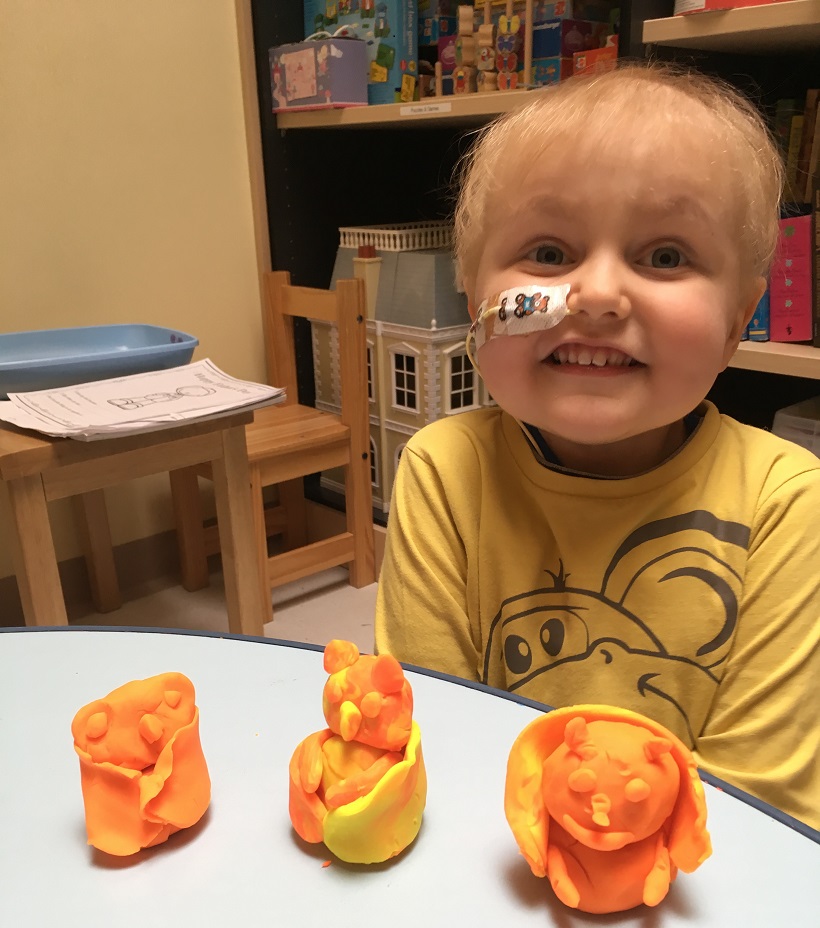 While in Bristol for a two-week hospital stay the family received support from the Young Lives vs Cancer charity, who provided Matt and Suzanne with a ‘home from home’ in Bristol so they could be close to their poorly son. The charity also helped to make Benjamin’s a day to remember at Gloucestershire CCC happen by making the club aware of Benjamin’s inspirational recovery.

Matt added: “Our life got tipped upside down when Benjamin got diagnosed. It was unbelievable to deal with, we thought he couldn’t possibly have cancer at the age of three. You never expect your son to get cancer.

“He (Benjamin) had a huge part of his childhood taken away from him and as a family it disrupted everything we did, it was hard on us all. We had to give him chemo at home, he had it every day for three-and-a-half years.

“To go from that to having so much amazing support from everyone has been amazing, we are so thankful for all of it.”

As well as their VIP experience with Gloucestershire CCC, Matt and Suzanne were also gifted a one night stay and a meal by DoubleTree by Hilton, the club’s preferred hotel partner. 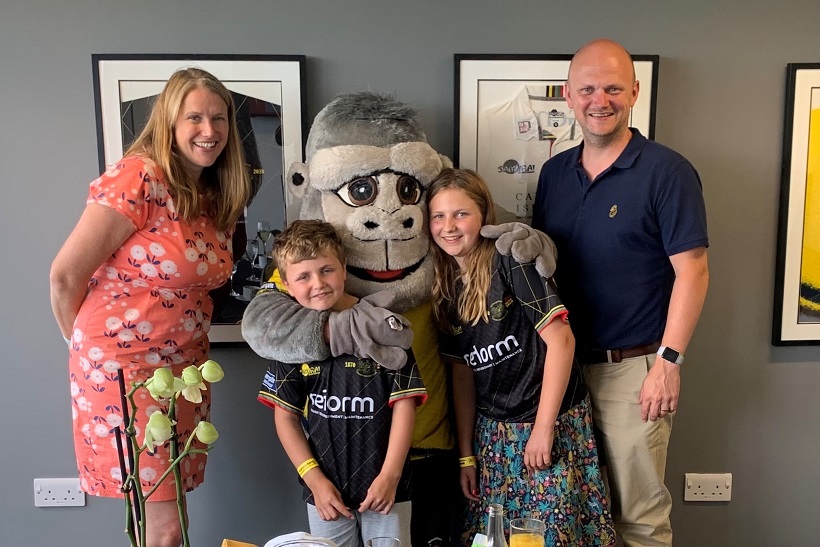 “As soon as we heard about Benjamin’s story, we wanted to make sure we did something that made him and his family feel really special. Our charity partner, Young Lives vs Cancer, supports a variety of incredible people on some really difficult journeys and we’re delighted that we were able to play a small part in this. Everyone at the club is looking forward to seeing them again at Bristol County Ground in the near future.”

While needing to attend monthly hospital check-ups, Benjamin is now well on the way to making a full recovery and has returned to school full-time. He’s also enjoying spending time playing cricket as part of the ECB’s All Stars Cricket programme.