Western Storm are delighted to reveal the players that will be representing the region during the 2022 season!

The squad, which is once again made up of an exciting mix of experience and youth, will be captained by Sophie Luff.

England Captain Heather Knight and her international teammate Katie George will also represent Storm once again this season. Whilst the majority of the squad will be familiar to Western Storm fans, there is one new face in the group, that of Welsh left-arm spinner Sophia Smale.

The returning Fran Wilson, who is back in the green and black for the first time since 2019, will take on the role of Vice Captain.

The full Western Storm squad for 2022 is: 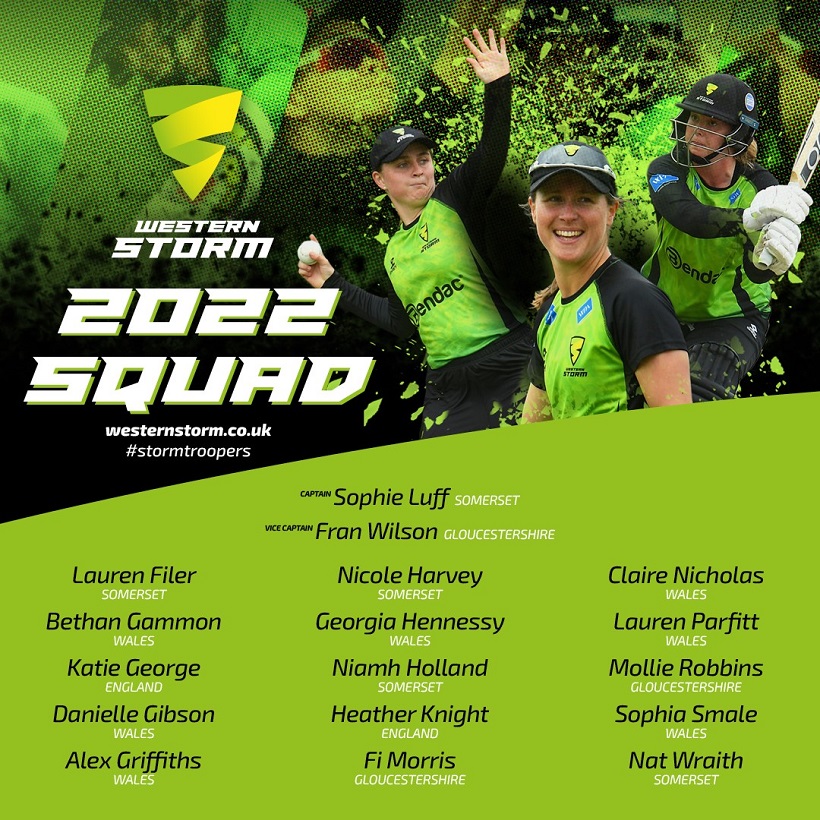 Following the announcement of the squad, captain Sophie Luff said: “I think we’ve got a very competitive squad again this year. There will be real competition for places and there’s a lot of experience in the side. There are some good young players in there too, so I think the squad has got a nice balance to it.

“I’ve always felt that Western Storm is like a family and people genuinely want to play here. It’s important that we have people who want to be representing the region. They want to perform for the team and they’re very proud every time they wear the shirt.

“We play for each other, and we’ve got each other’s backs. When you’ve played with people for a long time that feeling runs really deep. Hopefully that will give us a good chance of success this summer.”

Western Storm will compete in the 20-over Charlotte Edwards Cup, which gets underway this weekend, and the 50-over Rachael Heyhoe Flint Trophy, which begins in July.