The Rachael Heyhoe Flint Trophy will return alongside the new Women’s Regional T20 as a new era begins for women’s domestic cricket this summer.

Fixtures for the Rachael Heyhoe Flint Trophy and the Women’s Regional T20 have been released today with 56 matches to be played across both competitions.

The Rachael Heyhoe Flint Trophy will begin on May 29th with Western Storm getting their campaign underway with a clash against Thunder at the Bristol County Ground.

Each of the eight teams will play each other once in the group stage. The final is to be held on 25 September. 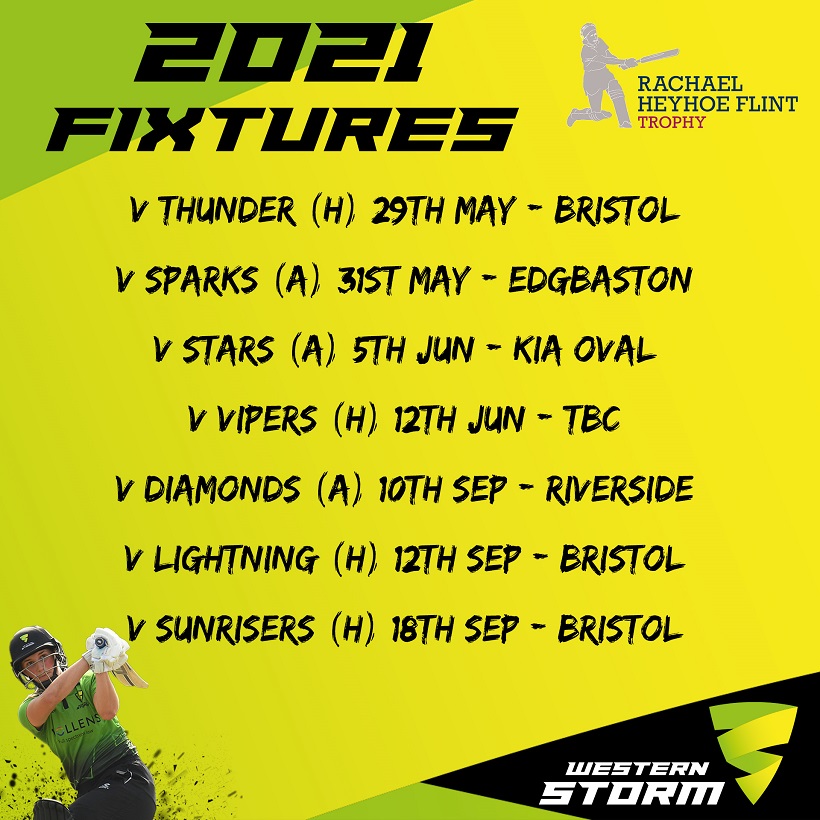 The Women’s Regional T20 is set to commence on June 26th.  The eight teams are split into two groups of four. Each team will play three home and three away matches during the group stage before Finals Day on 5 September.

Western Storm are in Group B with Sunrisers, Thunder and Northern Diamonds. 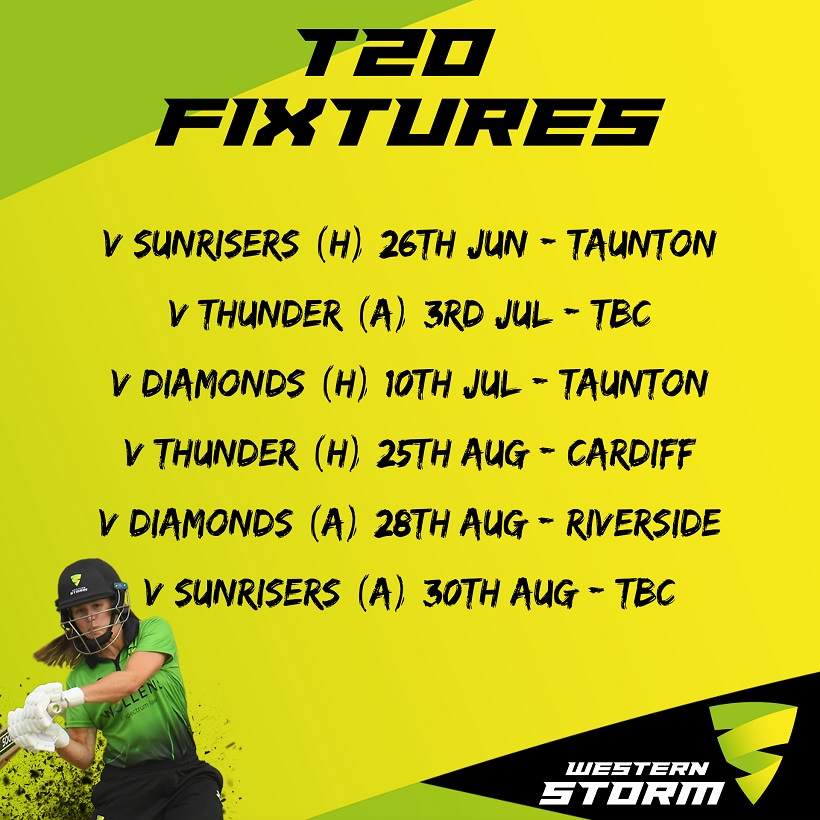 England Women are set to host two international series across the summer of 2021, with fixtures to be announced shortly. England player availability throughout the Rachael Heyhoe Flint Trophy and Women’s Regional T20 competition will be determined by international selection.

Southern Vipers won the inaugural Rachael Heyhoe Flint Trophy last September and, following the popularity of the decision to name last summer’s competition after one of English cricket’s most revered names, it was decided that the tournament should continue to honour the former England captain and pioneer.

Baroness Rachael Heyhoe Flint OBE led England at the first-ever World Cup in 1973 while off the field her determination for equality laid the foundations for the opportunities presented to modern-day players.

This summer 41 female players have signed full-time professional domestic contracts – in addition to 17 centrally contracted England players – while the launch of The Hundred will establish further opportunity for female cricketers.

ECB Managing Director of Women’s Cricket, Clare Connor, said: “This promises to be a truly memorable summer of cricket for the women’s game.

“We are not only set to further professionalise the game with more players on full-time contracts than ever before but, crucially, we will showcase our game to more young girls across England and Wales so that they can say cricket is a game for them.

“I am particularly proud that we will continue to move forward with Rachael Heyhoe Flint’s name, with everything she represented for women’s cricket, firmly entrenched in our journey.

“The launch of women’s regional cricket last summer, despite the challenges caused by the pandemic, was another significant step forward for our domestic game. We are now looking forward to seeing those regional teams play twice as much cricket this summer with the addition of the T20 competition.”