The Club is pleased to announce it will be launching a new six-episode series that shine a light on one of the most memorable periods in the Club’s history.

‘The Glorious Years’ series focuses on the six one-day cup victories that took place at Lord’s between 1999 and 2004, and seeks opinions from those involved as to how Gloucestershire rose to dominance and multiple years of success and silverware. The in-conversation weekly series features special guests including former Head Coach John Bracewell, Captain Mark Alleyne and England International Jack Russell.

The six episodes in the series are as follows:

The first episode of the series (Benson & Hedges Super Cup – 1999)  will be shown on Gloucestershire Cricket’s YouTube Channel on Tuesday 16 June at 11:00am. GCCC YouTube Channel

Each episode will be broadcast every Tuesday, so make sure you keep an eye out on all of our digital channels for this! 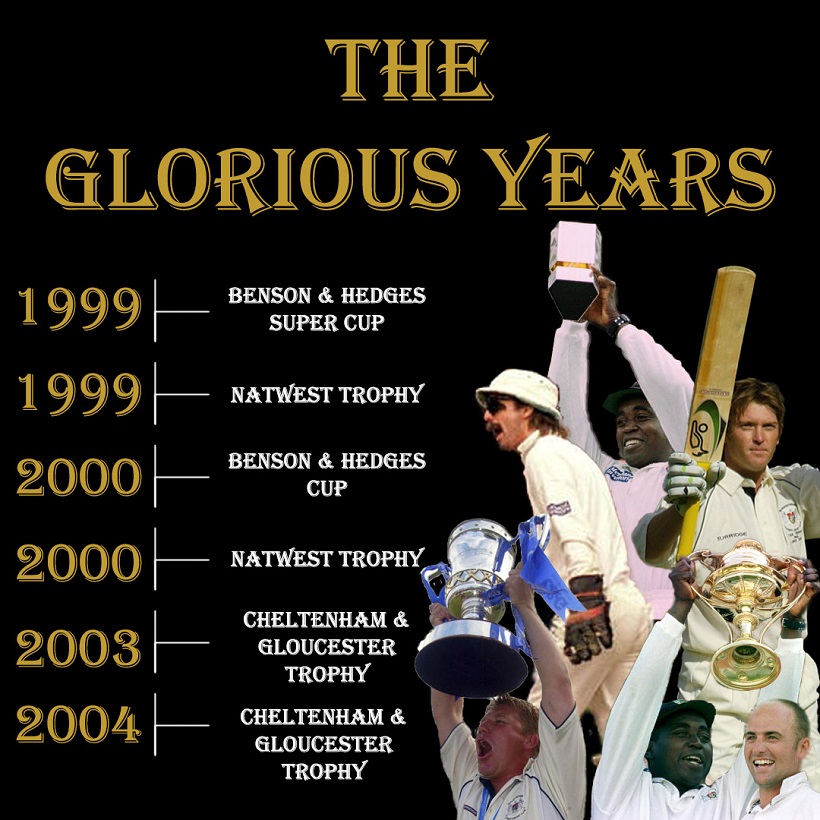