T20 captain Jack Taylor makes no excuses for the loss to Surrey but remains confident Gloucestershire will return to Finals Day in 2021.

“I’ve got no doubt that we’re going to come back next year and put in another strong showing like we have done in the group stages for the last four or five years,” he said.

“This year we used our full squad and different players have stepped up throughout the competition at various times. We’ve got such a competitive squad that we’ve had to leave players out who warrant a place in the team. And that’s with no overseas players.”

Reflecting on a disappointing semi-final loss, Jack admits a full game might have produced a different result but admits the team were desperate to play.

“All four teams travelled to Edgbaston this weekend to play. I don’t think there’s any excuses, we wanted and were prepared to play. Even though it was only an 11-over game, it was the same for every team and we just weren’t quite good enough. 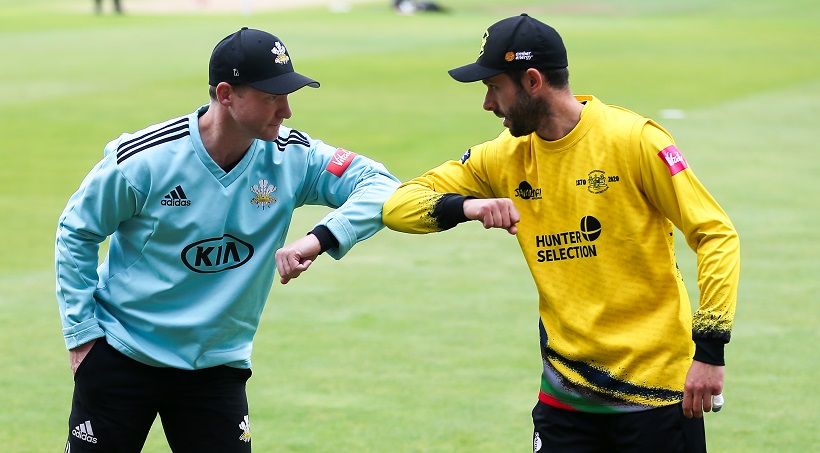 “The guys at the top of the order have done it for us throughout the whole competition and I thought Surrey bowled really well, we just couldn’t quite get it away early on. We potentially then, through the middle order, tried to overhit it and actually 85 or 90 might have been a good score instead of a hundred plus.

“It’s disappointing because I think we only needed another 15 runs or so but we’ve got to take the positives from it and look forward to next season and beyond.”

Defeating Northants Steelbacks comfortably in the quarter-final showed a determination and readiness from the Gloucestershire side to reach the next level and compete for silverware.

In a year of no overseas players in Bristol, it was no mean feat to have three representatives in The Cricketer’s Vitality Blast Team of the Year: Ian Cockbain, Ryan Higgins and Tom Smith.

“We’re a quality T20 team and we know that” Jack summarised. “We’ve got all the tools to be successful and it’s just about coming back next year and putting things right."