Having beaten Durham at Scarborough in dramatic fashion, Gloucestershire now look to build up the momentum with a trip to Hove to face Sussex in the Royal London Cup.

A win that saw them jump from the bottom of the table to sixth has breathed life into a Royal London Cup season that had the potentially to go away quietly with two home losses to start the campaign.

Tomorrow’s opponents Sussex were defeated by the weather on Friday, as they have been for much of the season. Their match against Kent ended without a result and left them without a win in their first four matches.

Gloucestershire will be in good spirits having hunted down a total of 335 against the then table-toppers Durham at Scarborough. Charlesworth, Bracey and Jack Taylor all providing some class with the bat to reach the total.

Bracey, who had missed the opening two matches due to Covid restriction, picked up where he left off in List A cricket, making 90 off 72 balls to bring his average to almost 65 in the format.

Ben Charlesworth was also in the runs after his impressive display against Wiltshire ahead of the competition gave hope to supporters that this would be his opportunity to make a name for himself outside of Gloucestershire. His 87 opening the batting laid the foundations for an impressive run chase against good opposition.

On Thursday, Worrall was the man who was the designated wicket-taker, taking all four wickets in Durham’s innings for 58 runs. He’s the second Gloucestershire player to take a four-fer in the competition after Josh Shaw did the same against Lancashire in the opening fixture. 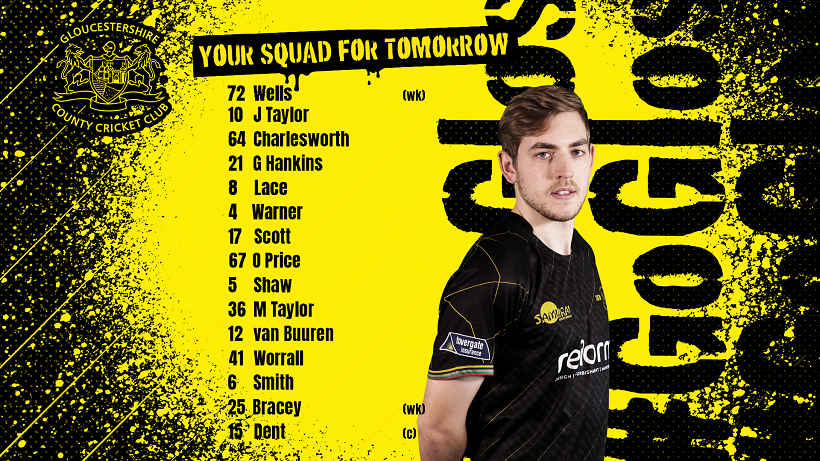 With two points from their opening four matches, Sussex will need an incredible change in fortune to qualify for the knockout stage of the competition but that would have been expected at the start of the season given their much-depleted squad.

Nine players made their List A debut for the county against Lancashire which should come as no surprise as nine of their first team squad are on The Hundred duty for various teams.

Australian Travis Head has been their most consistent batter so far this season, making three half-centuries in three appearances. 19-year-old wicketkeeper-batter Oli Carter has also made a half-century against Lancashire.

Ian Salisbury will be encouraged by his players’ ability to get starts but he will need them to start converting them into bigger scores; six times a player has scored over 30 runs but failed to reach 50.

17-year-old Archie Lenham has bowled the most overs for the Sharks and has taken best figures of 4/59 against Lancashire. Youth is certainly on show in their bowling attack with Ibrahim (16), Coles (17) and Crocombe (19) also racking up overs. David Wiese and Will Beer are the two wily veterans who provide experience in that department.