Gloucestershire Cricket is pleased to announce that spin sensation Tom Smith has won the ‘Supporters Player of the Season’ with 35% of the fan vote.

Smith has been an integral member of the Gloucestershire squad since he first joined the Club in 2013.

Tom currently sits third with 99 wickets in Twenty20 cricket from 96 matches, only David Payne (115) and Benny Howell (116) have more. Tom played an integral part to Gloucestershire’s successful 2020 Vitality Blast campaign. Smith’s tricky spin would cause havoc for opposing batsman during the middle of innings and would prove to be a lethal weapon for The Shire.

Smith ended with a total of 14 wickets in the competition. He would finish up with the best economy rate of all Gloucestershire bowlers with 5.92, an incredible statistic in T20 cricket.

No one will forget his sensational performance against Birmingham Bears live on Sky Sports Cricket. He took career best figures of 5/16 as he would squeeze the Birmingham attack and help cruise Gloucestershire to a 57-run victory at Edgbaston.

One of Smith’s magic moments from the 2020 season occurred against local rivals Somerset where he went on hitting the winning runs in the South West Derby. He would hit a four off the final ball of the match to defeat Somerset by two wickets, this would also knock out our neighbours from the Vitality Blast in the process.

We would like to thank everyone who voted for their player of the season. 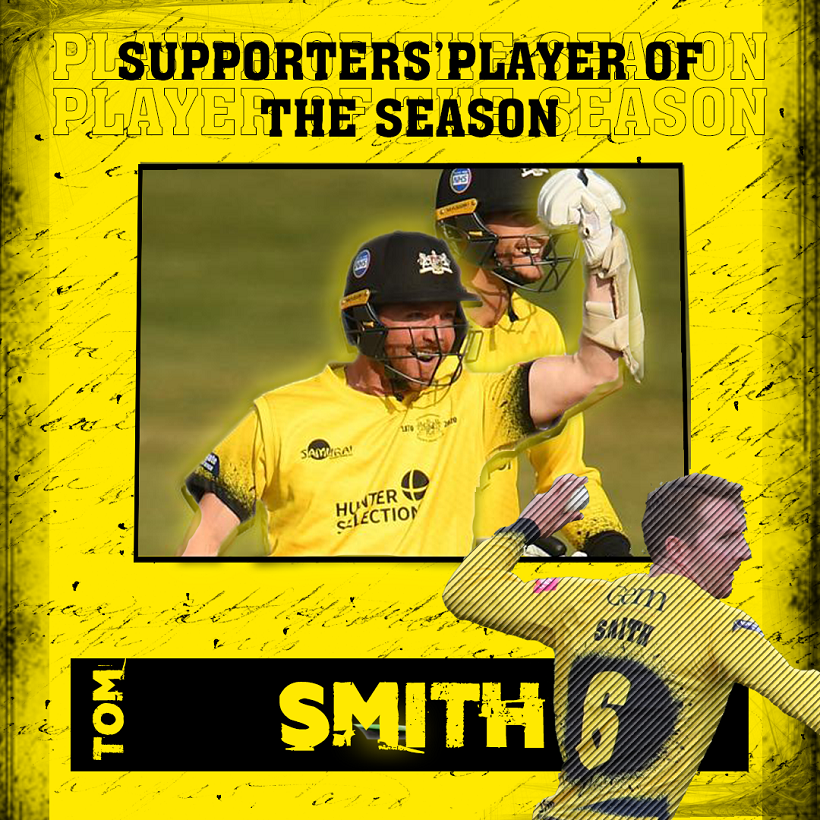