To help you with your decision, we are doing one feature a week. The second feature in the series of moments is Ryan Higgins Triple wicket maiden against Warwickshire at the Bristol County Ground in the Bob Willis Trophy.

Supporters will remember his fantastic spell against Warwickshire at home where he took incredible figures of 7/42. Higgins claimed wickets with the first, third and sixth deliveries of his second over with the new ball to reduce the visitors to four for three in their second innings. This sensational over of bowling certainly propelled Gloucestershire to their first victory of the 2020 Bob Willis Trophy competition. 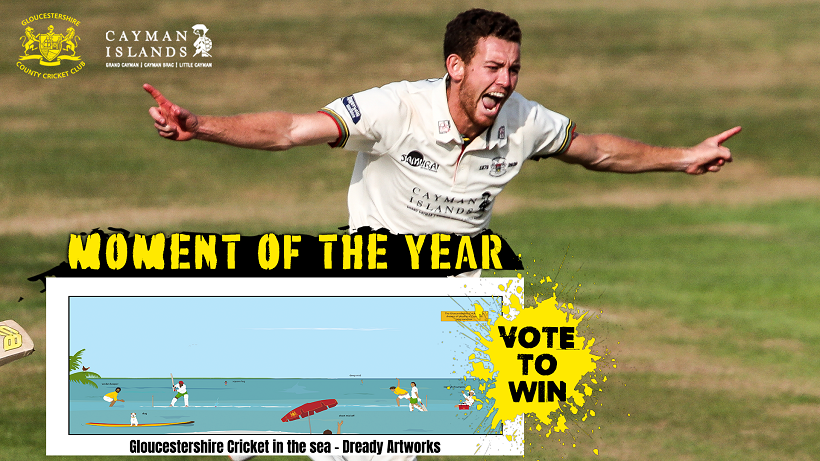 Dready is very well known in the Cayman Islands and is an ever-growing presence in the rest of the world – Shane ships art, commissions and print series, weekly from Cayman and Miami.