Ryan Higgins to leave Gloucestershire at the end of the season

All-rounder Ryan Higgins will leave Gloucestershire at the end of the 2022 season.

The 27-year-old all-rounder has spent five seasons at The Shire having signed for the side at the end of the 2017 season. Since making his debut at Nevil Road, Higgins has gone on to make 131 appearances for Gloucestershire across all competitions, amassing 3,944 runs and 260 wickets during a successful few years in Bristol.

Higgins made an immediate impact in his first season at Gloucestershire, taking 48 wickets in the County Championship, and then, in 2019, spearheaded the Club’s Division One promotion charge with 50 wickets and 958 runs. His ferocious form in that promotion-winning season earned him a nomination in the PCA player of the year awards.

Reflecting on his time at Gloucestershire, Ryan Higgins said: "It’s been an amazing journey for me at Gloucestershire and I have loved my time here. It's been incredible to be a part of a great team for the last few years; we have had success in the T20 Vitality Blast, with promotion to Division One of the County Championship in 2019 being a highlight.

“I am going to miss all my mates here, not only are they very talented and exciting cricketers, they are also great people and could not have been more welcoming when I first moved and throughout my time since.

“It's been a pleasure to play for Gloucestershire, a great club with great history, and I’m wishing the Club all the success moving forward."

Higgins has featured in 58 County Championship matches for Gloucestershire, scoring 2619 runs and taking 194 wickets in the process. He scored his high score of 199 v Leicestershire at Grace Road and has achieved six centuries and 10 half-centuries in First-Class cricket for The Shire. In 2020, Higgins claimed sensational career-best figures of 7-42 in the Bob Willis Trophy v Warwickshire.

In T20 cricket, Higgins has notched almost 1000 runs and claimed 54 wickets in 59 matches for Glos. His best performance with the bat in the Vitality Blast came at Bristol in 2019, when he struck 77* off 43 balls v Essex Eagles.

In the 2022 campaign so far, Higgins has scored 586 Division One runs and has taken 28 wickets in 11 appearances.

Steve Snell, Performance Director at Gloucestershire Cricket: “Ryan has been a fantastic player for Gloucestershire during his time here, we wish him all the best for the future.

“Ryan has the right to pursue opportunities elsewhere and this creates a good opportunity for us to re-build the squad in a slightly different way with the introduction of some new faces in the coming weeks and months.” 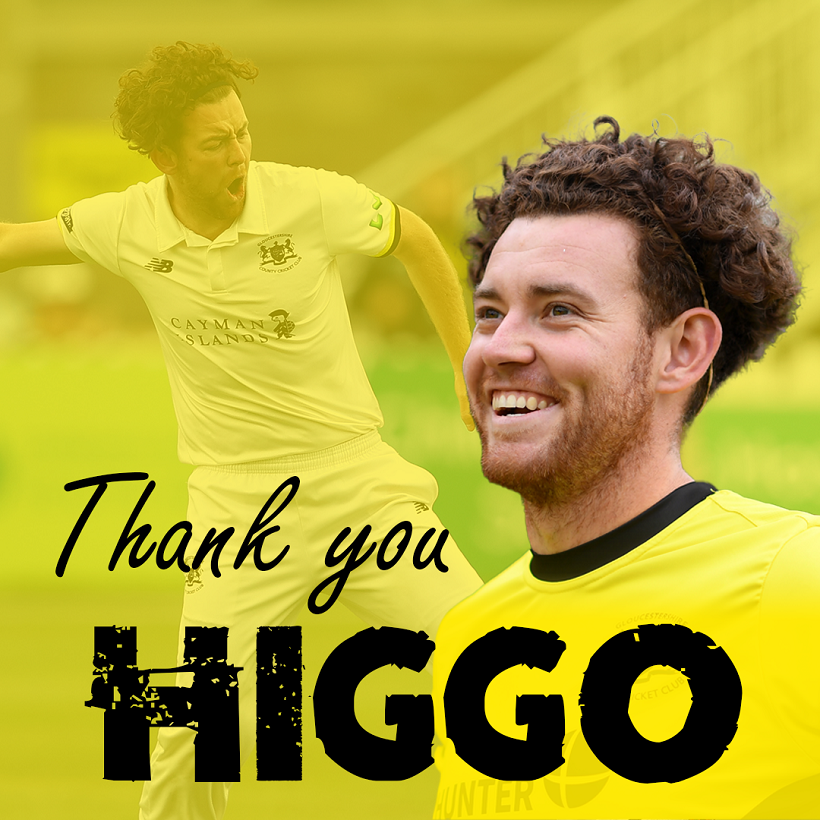