Gloucestershire are thrilled to announce that all-rounder Ryan Higgins has extended his contract at the Club until the end of the 2023 season.

Higgins, who is in his second season with Gloucestershire since joining from Middlesex, has been in outstanding form for the Club. In his first season at Gloucestershire he won bowler and player of the year after a memorable debut season.

Higgins expressed his delight after extending his contract, he said: “I’m really excited to commit to this wonderful club, I love playing for Gloucestershire and I’m looking forward to carrying on with the good work we have all put in as a team.”

“On the field, everyone is improving as cricketers, we are a tight knit group that want to push the boundaries and see how far we can go collectively. Off the field, I really love living in Bristol and have thoroughly enjoyed my time here so far.”

GLOS TV 📺@ryanhiggins21 speaks to Glos TV after signing his contract extension at the Club!

🗣 "I love playing for Gloucestershire and I’m looking forward to carrying on with the good work we have all put in as a team.”#GoGlos 💛🖤 pic.twitter.com/Oo5pRs1tHU

As things stand in 2019, the all-rounder has 40 County Championship wickets to go alongside his 888 runs, boasting an impressive batting average of 68.3 in the competition with a top score of 199 against Leicestershire at Grace Road.

Gloucestershire supporters will not have forgotten Ryan hitting the winning runs with a boundary against rivals Somerset in the Royal London One-Day Cup earlier on in the season. He was also at the crease with Gareth Roderick as Gloucestershire defeated Leicestershire in a dramatic last over championship victory at the Cheltenham Cricket Festival.

Ryan has been a key player in all formats of the game for Gloucestershire, offering a variety of skills, from opening the bowling in the County Championship to batting in the middle of the order in all competitions.

Head Coach Richard Dawson added: “Since he joined us last year, he’s been an integral part of the team on the field and in the changing room. He performs well in all formats so for him to commit to the Club is brilliant.

I’m very happy for him and for the supporters to have someone who’s developed with us and is still developing. It’s a real statement of intent by him and the Club to see him extend his contract with us.”

Higgins currently sits third in the PCA MVP Rankings, behind Simon Harmer of Essex and Jeetan Patel of Warwickshire. 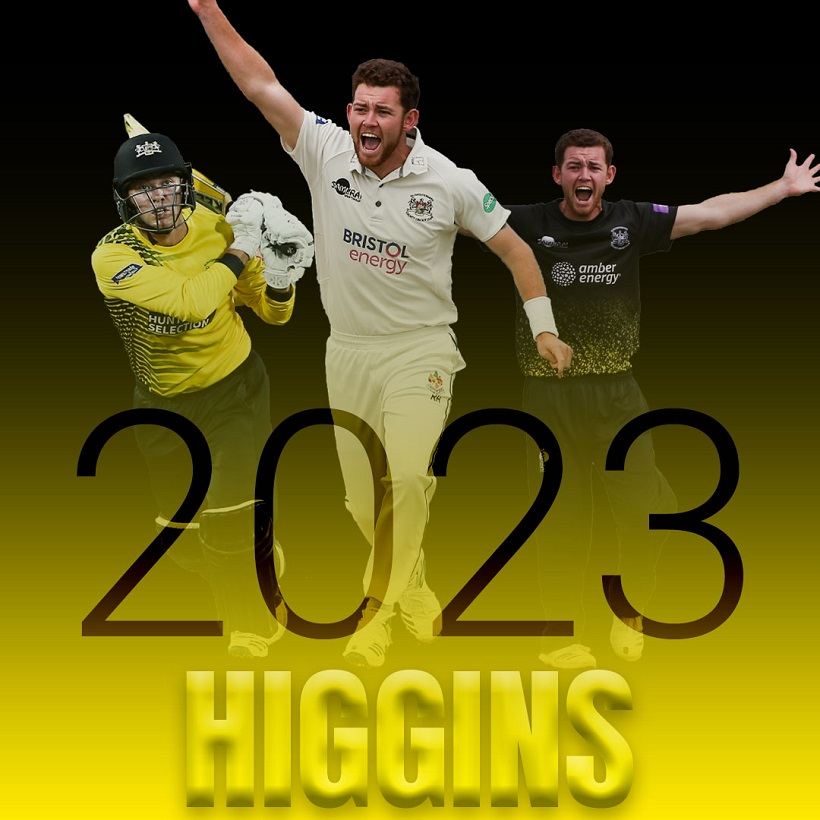