On this day in 1874, Gloucestershire Cricket legend and England international Gilbert Jessop was born.

Known as one of the fastest run-scorers cricket has ever seen, Gilbert left a lasting impression on the cricket scene in Gloucestershire having displayed great pride in his performances in all facets of the game.

Gilbert, the eleventh born in his family, attended Cheltenham Grammar School and initially made his name as a promising school cricket player thanks to his bowling and fielding abilities. He travelled to Essex and Oxford to play cricket whilst working as a teacher and finally got his breakthrough to the County game when Gloucestershire offered him a trial in which he impressed enough to make the team. 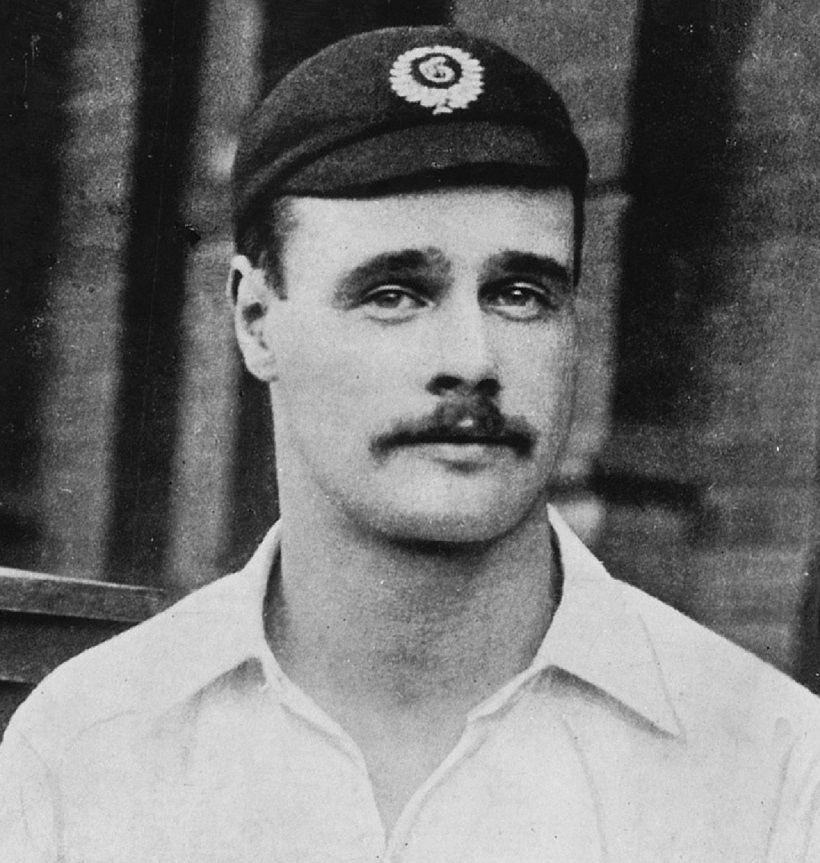 He held his own in his First-Class debut scoring some runs against Lancashire and the formidable bowling duo of Arthur Mold and Johnny Briggs, the former taking the most wickets in the 1894 County Championship.

A talented all rounder in his early days, Jessop’s fielding at cover-point and later extra mid-off gave Gloucestershire a reputation for being a strong fielding side. In 1897, he did the double of scoring 1,000 runs and taking 100 wickets. The following year he was named one of Wisden’s Cricketers of the Year.

1900 was a particularly memorable year for Gilbert and may well be his very best in a Gloucestershire uniform. He was named captain of the team and secretary of the Club, establishing himself as one of the most influential people at the Club. He lived up to the role on the field with one of his finest years, scoring 2210 runs and taking 104 wickets including a career best 8-29 against Essex.

In 1902, England got an unlikely win against a favoured Australian side behind an incredible performance from Gilbert in the fifth test match at The Oval. He stepped up to the crease with England 48-5 and needing 263 to win and managed to score a quick hundred off 76 balls, one of the fastest Test centuries at the time. This became known as “Jessop’s match”.

In his career, he scored 53 centuries, five of those were double centuries coming in the latter years of his career when his batting became more prominent than his bowling. Jessop still holds the record for the fastest double-century ever made, for in his score of 286 he reached 200 in two hours; he also holds second place with 200 in 130 minutes when he scored 234 against Somerset in 1905.

Jessop typified the fundamental principles of the game to perfection. In batting to hit the ball and score runs, in bowling to attack the batsman and get him out, in fielding to stop the enemy scoring and take every chance to dismiss him.

Nowadays, Gilbert Jessop is remembered in the GCCC Museum Learning Centre, on the walls of the Cricket Club as you walk towards the Pavilion from the Nevil Road entrance and as the name of the Jessop Apartments behind the ground. Happy birthday Gilbert.