Gloucestershire Cricket is delighted to announce the signing of India batsman Cheteshwar Pujara for the first six matches of the County Championship.

Cheteshwar is a top-order batsman who is known for batting long periods and will bring his experience to a Gloucestershire side who will be playing in Division One of the County Championship for the first time in over a decade.

Pujara expressed his eagerness to get started:

"I am really excited to get the opportunity to represent Gloucestershire this season. The Club has a rich cricketing history, and this is a great opportunity to be a part of it and contribute to its success.

I am grateful to the Club for giving me this opportunity and cannot wait to get to Bristol to meet my teammates and score some runs. I have really enjoyed the experience of coming over to the UK and playing county cricket over the last few years and I am looking forward to building on that whilst continuing to improve my game."

The right-handed batsman made his Test debut for India in 2010 against Australia. In 2012, he made his first international Test century against New Zealand in Hyderabad where he scored 159.

He has an incredible batting average of 49.48 in Test cricket with 206* being his high score, which he made against England in his home state of Gujarat, India. He has an equally impressive First-class average of 53.99 with a high score of 352 for Saurashtra against Karnataka.

Pujara has previously played in England for Derbyshire, Yorkshire and Nottinghamshire in the County Championship. 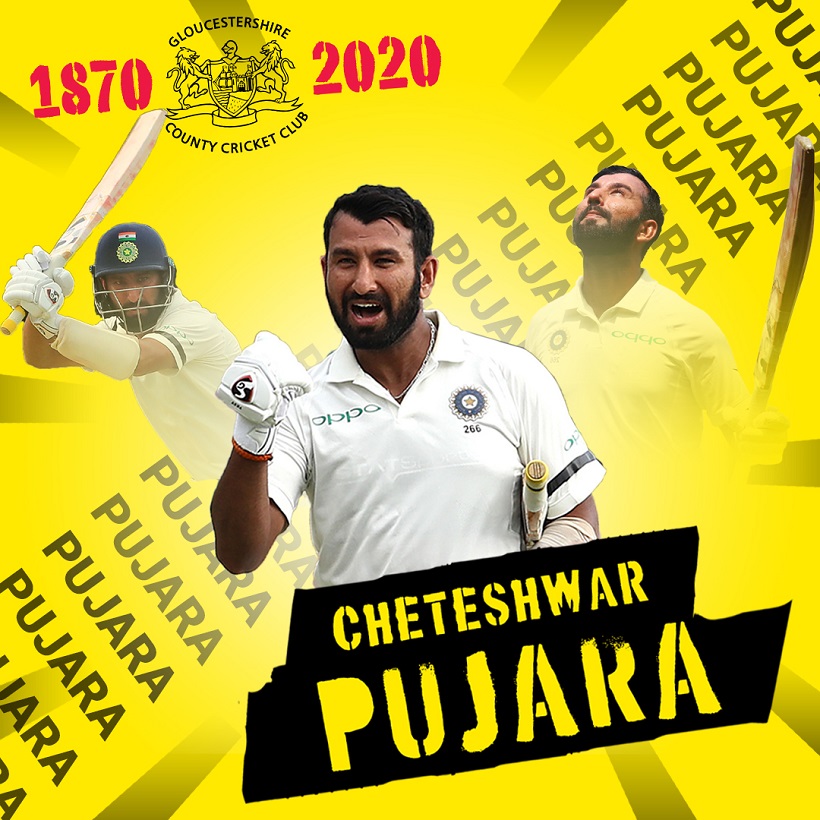 “Cheteshwar is a player with great temperament who will add international experience to the squad. He is undoubtedly one of the best batsmen in world cricket and we are very fortunate to have him in our squad for the start of the County Championship campaign.

Adding Pujara to a strong batting line-up gives me great confidence ahead of our opening County Championship matches.”

Pujara is the first Indian player to play for Gloucestershire since Javagal Srinath in 1995. Srinath, who took 87 wickets in the solitary season he represented The Shire, famously said his time at the Club shaped his view of what it means to be a professional, thanking his captain Jack Russell in particular.

Pujara will join the squad ahead of their opening County Championship match and will be available to play for Gloucestershire in the following matches: