Gloucestershire Cricket is pleased to announce all-rounder Graeme van Buuren as the Club’s St Austell Brewery Players’ Player of the Season after receiving 50% of the vote from his peers.

Graeme had a fantastic season for Gloucestershire in both red ball and white ball cricket.

He was Gloucestershire’s top run scorer in the Bob Willis Trophy coming in at number three with a total of 244 runs at an average of 30.50. Graeme made two half centuries in the five matches that he played in with a top score of 72 coming in the victory against Warwickshire at the Bristol County Ground.

It was with the ball where Graeme would excel in the Vitality Blast. He took a total of 12 wickets in the competition and he did so by occasionally opening the bowling with David Payne at the other end. With the bat in the T20 competition, Graeme smashed his way to 53 against Glamorgan at the Bristol County Ground. He also had an impressive strike rate of 161.22 in the Vitality Blast.

Graeme was rewarded for his superb performances with a year’s contract extension which would see him remain at the Bristol County Ground until the end of the 2021 season.

Graeme van Buuren is sponsored by Front Benchers Plus. 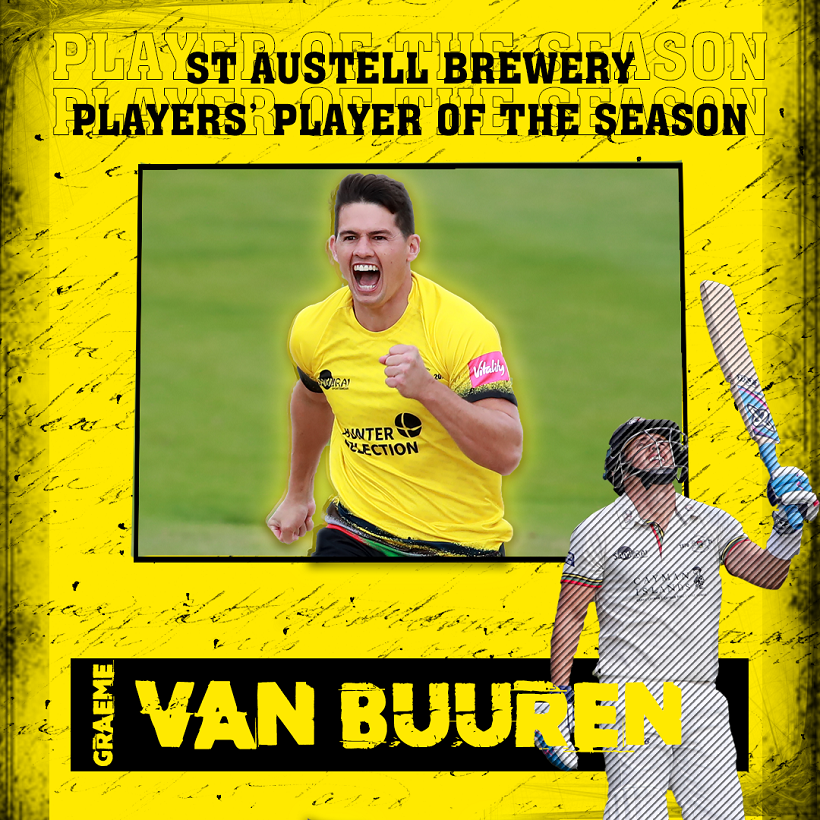