Gloucestershire Cricket are excited to announce the signing of 23-year-old fast bowler Jared Warner from Yorkshire on a three-year-deal.

The Wakefield born right-arm seamer, who has previously played regularly for England U19s, will join the Club at the beginning of October following fellow Yorkshireman Josh Shaw in making the switch to Bristol.

Warner will be looking to integrate quickly into Gloucestershire’s young and exciting first team squad that already includes nine players aged 25 or under.

Jared put pen to paper recently at the Bristol County Ground and spoke about the reasons behind his move:

“It feels amazing to have signed for Gloucestershire and I can’t wait to get started. As a bowler my main strength is my pace, and I’d like to think this can complement the current Gloucestershire bowling attack nicely.

“I spoke to Josh Shaw quite a bit, I’ve known him for a long time and used to play with him, so it was nice to have him here to tell me about the Club and the area. I liked what I’ve heard and I think that played a big part in me being comfortable making the move down to Bristol. After speaking with Richard Dawson, I’m really looking forward to grabbing the opportunities available to me here.”

"He will add competition to the bowling unit and will give us options across all formats over the coming years.”

Jared moves south from his home county, who he has played representative Cricket for since he was 12 years old. He has shown bags of potential when opportunities have arisen both at Yorkshire and on loan at Sussex.

In 2019, Warner took 3/35 in his first-class debut against Glamorgan in the County Championship last year whilst on loan at Sussex. He returned 28 wickets for Yorkshire’s Second XI in 2019 with best figures of 5/22.

This season, he recently played in the ‘Roses’ Bob Willis Trophy match at Emerald Headingley, returning figures of 1/23 from his 9 overs in a rain-affected draw. 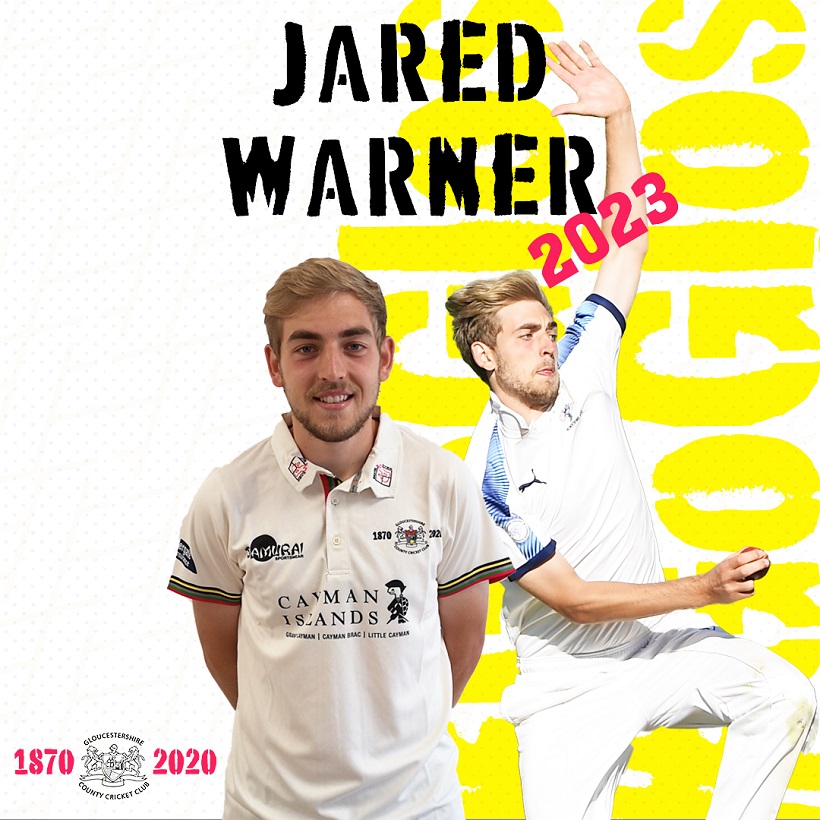