Gloucestershire Cricket is pleased to announce that Ollie Price has signed a contract that will see him at the Club for the next two years.

The all-rounder, who is a right arm off spin bowler and right-handed bat, was schooled at Magdalen College School in Oxford, where he captained the first team and now continues his education at the University of Durham. Ollie joined the Gloucestershire Cricket Academy in December 2016.

Ollie, younger brother of Tom Price, played home cricket for Great & Little Tew CC, the same team both Jack and Matt Taylor (who currently play for Gloucestershire) played for, where he played as a junior and senior but in 2019 moved to play at Oxford CC where he opened the batting (with a top score of 91*) in the Home Counties Premier League and helped the club to gain promotion.

As a young cricketer, Ollie played and captained in all the Oxfordshire age groups and made his debut at the age of 17 for the Minor Counties first team.  Since joining the Gloucestershire Academy, has been an integral player in the U17’s, U19’s and Second team since he joined. His highlight of 2019 came with a half-century against Sussex seconds with Jofra Archer in the attack.

Gloucestershire CCC Head of Talent Pathway, Tim Hancock said: “This is a wonderful opportunity for Ollie. Ever since joining the Club’s Academy in 2016, Ollie has shown commitment and promising signs of development. He has been a pleasure to coach during his time with the Academy and I can’t wait to see how he progresses over the next couple of seasons.”

Ollie expressed his delight, he said: “I was really proud and excited to get this opportunity and hopefully I can make it count next summer. I have loved being a part of the Gloucestershire Cricket Academy, and I’m grateful for the continual support from such a great set up. It’s a fantastic time to be at the club, and I can’t wait to try to contribute to this team next year.”

Gloucestershire Head Coach, Richard Dawson added: “Ollie has been showing promising signs this season in the Gloucestershire second eleven matches. He continues to show developing skills and we look forward to seeing what the future holds for Ollie in the next couple of years.” 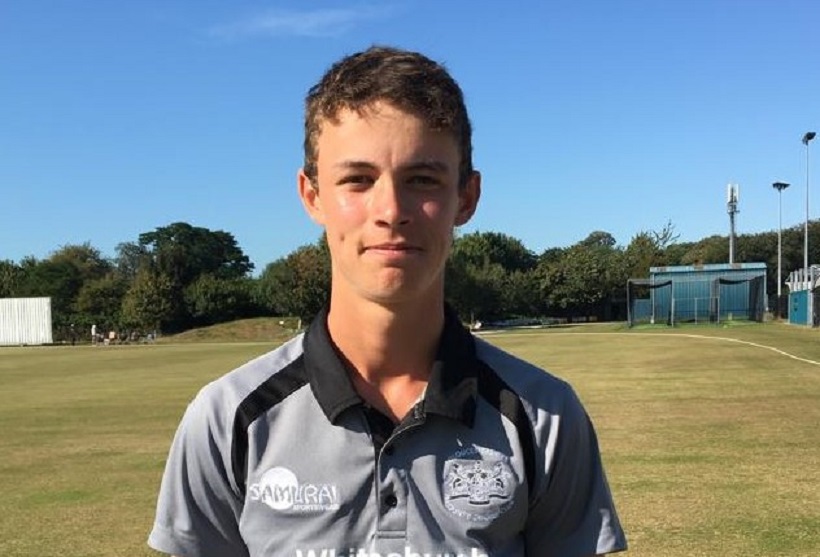