To help you with your decision, we are doing one feature a week. The fourth feature in the series of moments is Ryan Higgins' four boundaries in a row against Northants Steelbacks to send Gloucestershire to T20 Finals Day for the first time since 2007.

After Ryan contributed 3/24 with the ball in hand to help the Shire restrict the Steelbacks to just 113 in their innings, he then took it upon himself to get the job done in quick fashion. Spending just eight minutes in total at the crease, Higgins notched four successive fours to send Gloucestershire to Edgbaston for Finals Day. The team only needed 11.5 of their 20 alloted overs to surpass Northants' total.

Dready is very well known in the Cayman Islands and is an ever growing presence in the rest of the world – Shane ships art, commissions and print series, weekly from Cayman and Miami. 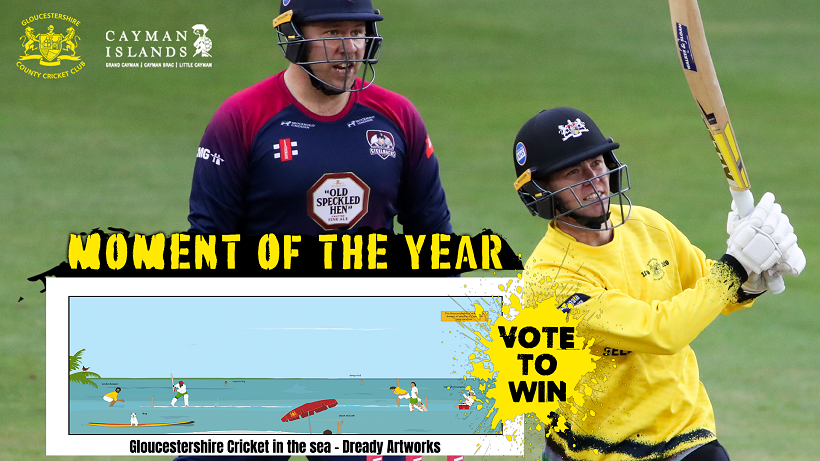