Gloucestershire bowler Matt Taylor has signed a contract extension to keep him at the Seat Unique Stadium until at least the end of the 2023 season.

The 27-year-old product of the Gloucestershire Cricket Academy made his first appearance for The Shire in a List-A match in 2011, and has been a mainstay in Gloucestershire’s bowling unit ever since.

He has made 150 appearances for The Shire across all formats since making his debut, 70 in First-Class cricket, 35 in List A and 45 in T20 matches.

So far in this year’s County Championship Division One campaign Taylor has taken eight wickets in five appearances and has a bowling economy of 2.98.

A thrilled Matt Taylor said: “I’m really pleased to have extended my contact at Gloucestershire, it’s a great dressing room to be a part of and I love playing for the Club.

“I hope I can continue to contribute on the field and help challenge for silverware in the coming years.”

Left-arm seamer, Taylor, has claimed more than 250 wickets for Gloucestershire in his 11-year-career so far, 188 of which have come in First-Class cricket.

Taylor, the younger brother of Gloucestershire’s Jack Taylor, has an impressive bowling economy rate of 3.39 in First-Class cricket and recorded his best bowling in a match v Middlesex in 2021 when he took 9/59 on his birthday.

Dale Benkenstein, Head Coach at Glos Cricket, commented: “For me having a strong bowling attack is vital in the County Championship and Matt Taylor is an experienced campaigner and a consistent performer. Being a left-armer, Matt provides natural variation and plays a role across all formats.

“It’s great to have Matt on board for another year and I’m excited to see more from him on the pitch during the remainder of this season and the next.” 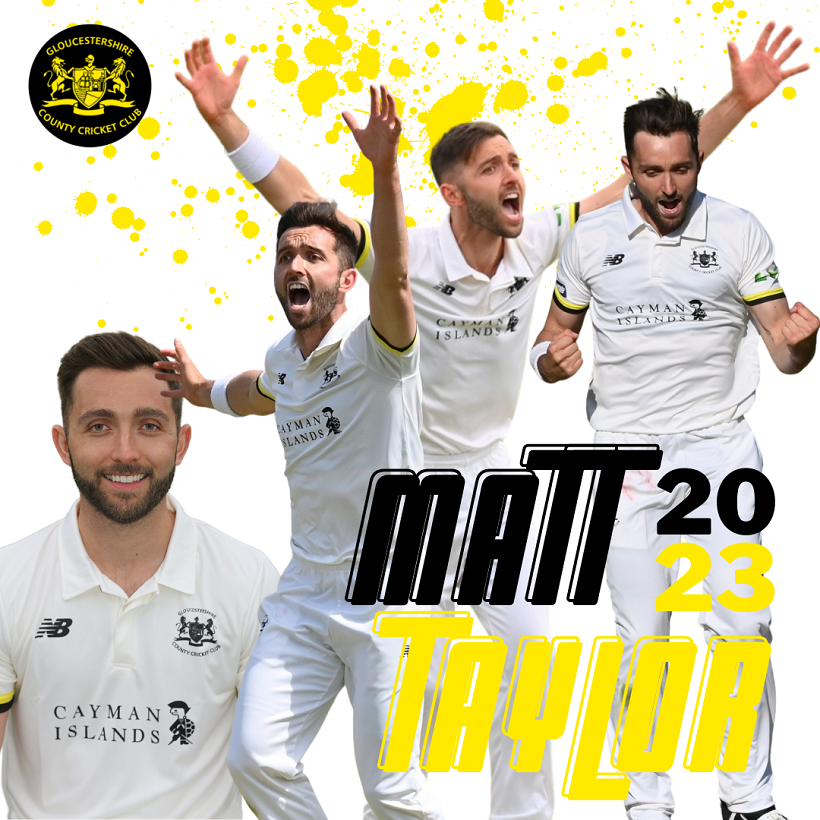