Two counties with 100% win records go face-to-face in the LV= Insurance County Championship as Gloucestershire travel to Hampshire for a first red-ball meeting of the two sides since 2014.

Ian Harvey’s Gloucestershire have begun the season with equally impressive eight-wicket victories over Surrey and rivals Somerset. Hampshire have also looked every bit a competitive team with a thumping opening week win against Leicestershire by an innings and 105 runs followed up by a 249-run victory in their first home match against Middlesex.

James Bracey and Mohammad Abbas were two of the top performers in the second round of fixtures; Bracey made 118 & 83* to lead Gloucestershire to a first win at Taunton since 1993; Abbas took nine wickets against Middlesex, ripping through their top order in the first innings taking 6/11 including a hat-trick.

The duel between Brathwaite, Dent and Bracey in the Gloucestershire top order and Hampshire’s potent bowling attack of Abbas and Abbott will go a long way in deciding which team comes out on top.

The Gloucestershire bowlers will also have their work cut out for them, bowling to five batsmen who have already made centuries this season: Vince, Dawson, Alsop, Holland & Northeast. The bowling attack could be boosted by the arrival of Dan Worrall who is out of quarantine and in Southampton. He has undertaken a physical and will be available for selection if deemed fit to play.

Josh Shaw is also back in the squad having bowled 13 overs for the Second Xi after missing time with a groin injury.

Ian Harvey has named a 15-man squad for tomorrow’s match: 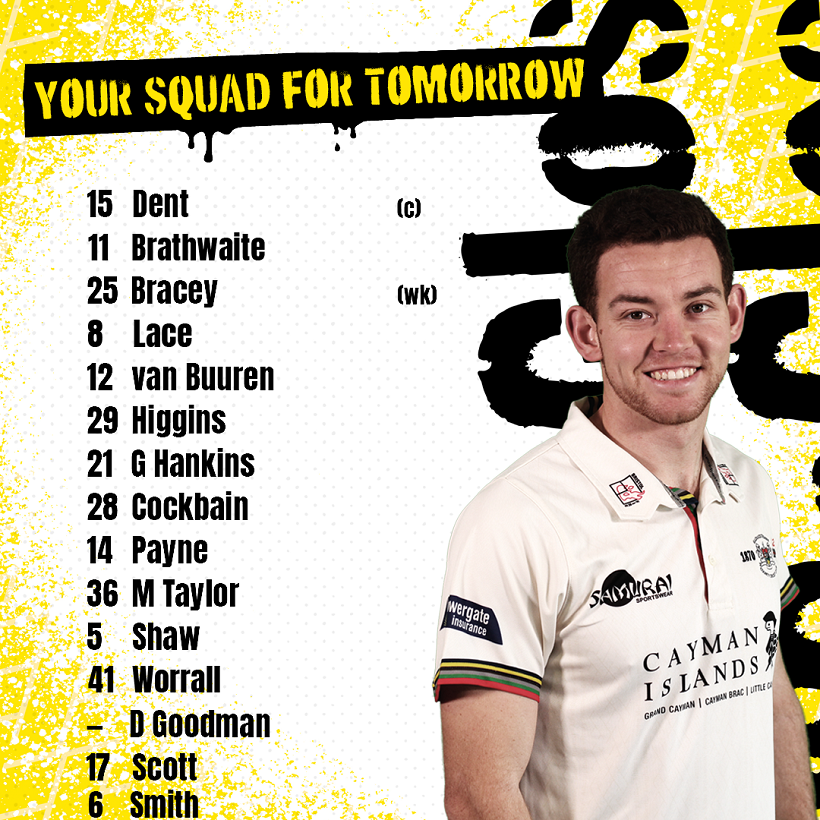