It has been 311 days since the last ball of a competitive match at the Bristol County Ground was bowled. Tomorrow, the counter resets as Gloucestershire face Worcestershire behind closed doors in the first match of the Bob Willis Trophy.

The opening game in the one-off shortened competition will see Worcestershire make the trip down to Nevil Road for the first time since 2016 when Chris Dent (138*) and Jack Taylor (105) scored big in what ultimately ended in a draw.

Both men are included in the 13-man squad for the upcoming match as are David Payne and Josh Shaw who also enjoyed a fruitful four days with the ball four years ago.

Gareth Roderick will be the man behind the stumps on Saturday with James Bracey on England duty in Manchester. The good news for Gloucestershire supporters is the South African has shown signs that he will hit form in the early part of the season.

Against Somerset in a pre-season friendly he recorded the first Gloucestershire century in 2020. He made 106 off 126 in Taunton which included 19 boundaries and 1 six. He also kept wicket in the Bristol half of the friendly taking three catches behind the stumps.

Head coach Richard Dawson, back with the club after his stint as England spin bowling coach for the Test Series against West Indies, shares the expectation that Roderick will sign off in style, he said: “It would certainly be in character for Gareth to end with a big contribution for us,” he said. We offered him a new contract, which he chose not to accept, but he remains an important player for us.”

After announcing his intention to join Worcestershire at the end of the summer, Roderick himself said: “I hope the coming months provide chances to make even more memories before my days in a Gloucestershire shirt are over. It has been a massive privilege playing for this great club.” 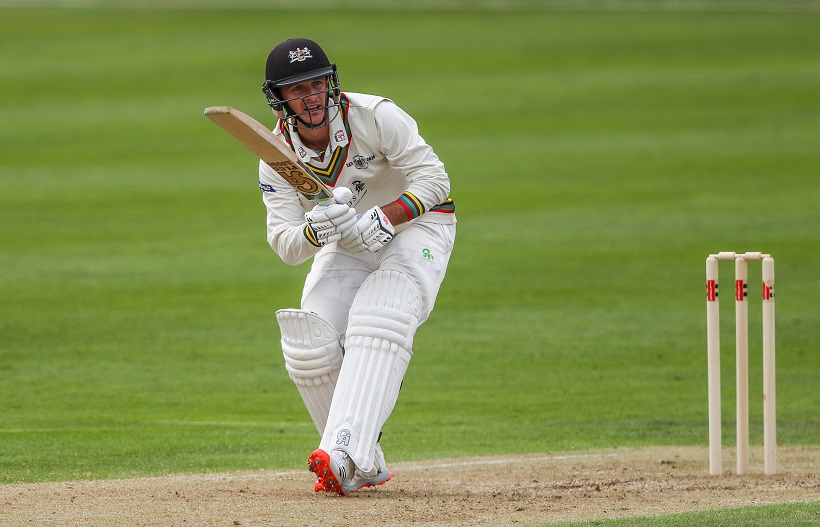 “The friendly was a good run out for all the lads. It was nice for the batters to have some time in the middle and for the bowlers to get some overs into the legs. It was very competitive, so it felt like a normal game.

“It showed what a very good side they are and what level we need to be at come Saturday. I myself am feeling very good heading into the game. We’ve obviously had quite a short month’s worth of training to try and build back up after lockdown, but the team should be firing on all cylinders from Saturday.”

Worcestershire, in their warmup fixture against Warwickshire, conceded 315 for 5 on the first day but opener Daryl Mitchell performed well on the second day retiring at lunch on 52*.

Mitchell had also posted scores of 90 and 32* in their intra-squad friendly last week so he will be looking to bring that form into the first match.

Last season, Gloucestershire beat Saturday’s opponents in dramatic fashion at Cheltenham and away at Blackfinch New Road; the first time either county had won at home and on the road in the same season since 2004 when both Club’s occupied a place in Division One.

The 2019 Cheltenham Festival witnessed an incredible finish to the match with Worcestershire needing 20 runs to win with three wickets remaining.

Ryan Higgins made everyone in attendance think something amazing might happen when he took two wickets in an over. And then the enthralling game came to an end when David Payne took the final wicket and took off running to cow corner to celebrate.

The same two players were on hand at New Road to once again be the difference between the two sides. The pair took 13 wickets in the match and contributed the highest two scores for The Shire in the first innings to help their side to a six-wicket victory.

The match will be played behind closed doors with a limited number of working staff permitted to access the ground. Supporters of both teams will however be able to watch a live stream which will include every ball through the FREE Glos Cricket match centre here.

The improved streaming service will include instant replays, a range of different camera angles and ball by ball reaction from the Glos Cricket commentary team of Ian Randall and Ed Seabourne.

Players will be wearing black armbands and the Gloucestershire flag will be at half-mast for the four days to commemorate the late Tony Brown, a legend of the Club.

A moments silence will also be taken at the beginning of the match to honour those that have lost their lives and have been affected through the Covid-19 outbreak.