Gloucestershire are back in action at the Seat Unique Stadium tomorrow as they face Glamorgan in the T20 Blast.

Glos have named to same squad that will travel to face Somerset this evening with Pakistan bowler Mohammad Amir looking to make an impression in front of the home fans at the Seat Unique Stadium.

The visitors sit in 8th position having won two, lost five and a no result from  their game against Surrey. The Cardiff based side don’t have a game this evening, so will remain on five points heading to BS7 on Saturday.

Glamorgan’s two wins have come against Essex Eagles at Sophia Gardens and v Sussex Sharks on the south coast. Tomorrow night’s visitors will be without Australian big-hitter Marnus Labuschagne, who has travelled to Sri Lanka to link up with the Australia squad.

At the time of writing Glos currently sit in 4th position on nine points but with a victory tonight could find themselves above tonight’s opponents Somerset heading into the game against Glamorgan.

The last meeting between the two teams saw the Shire record a five-wicket victory in Cardiff.

Glamorgan got off to a strong start in their batting innings with an opening stand between David Lloyd and Sam Northeast taking them to 90 without loss. From there Gloucestershire came back into the game as Glamorgan made 69 for eight from the last 10 overs of their innings to set a target of 159 to win.

Gloucestershire got off to a similarly impressive start to their innings, reaching 54 without loss at the end of the PowerPlay.

A partnership between James Bracey and Glenn Phillips continued Gloucestershire’s progress towards victory with Bracey reaching fifty off 40 balls. Phillips was happy to play the supporting role while he got himself set but he started to find the boundary with relative ease before he was well caught at long on by Michael Hogan off the bowling of Douthwaite.

A cluster of wickets right at the death gave Glamorgan some hope but with just eight runs needed from 14 balls Gloucestershire wrapped up with in in the 19th over of their chase.

Here’s the Gloucestershire squad to face Glamorgan on Saturday: 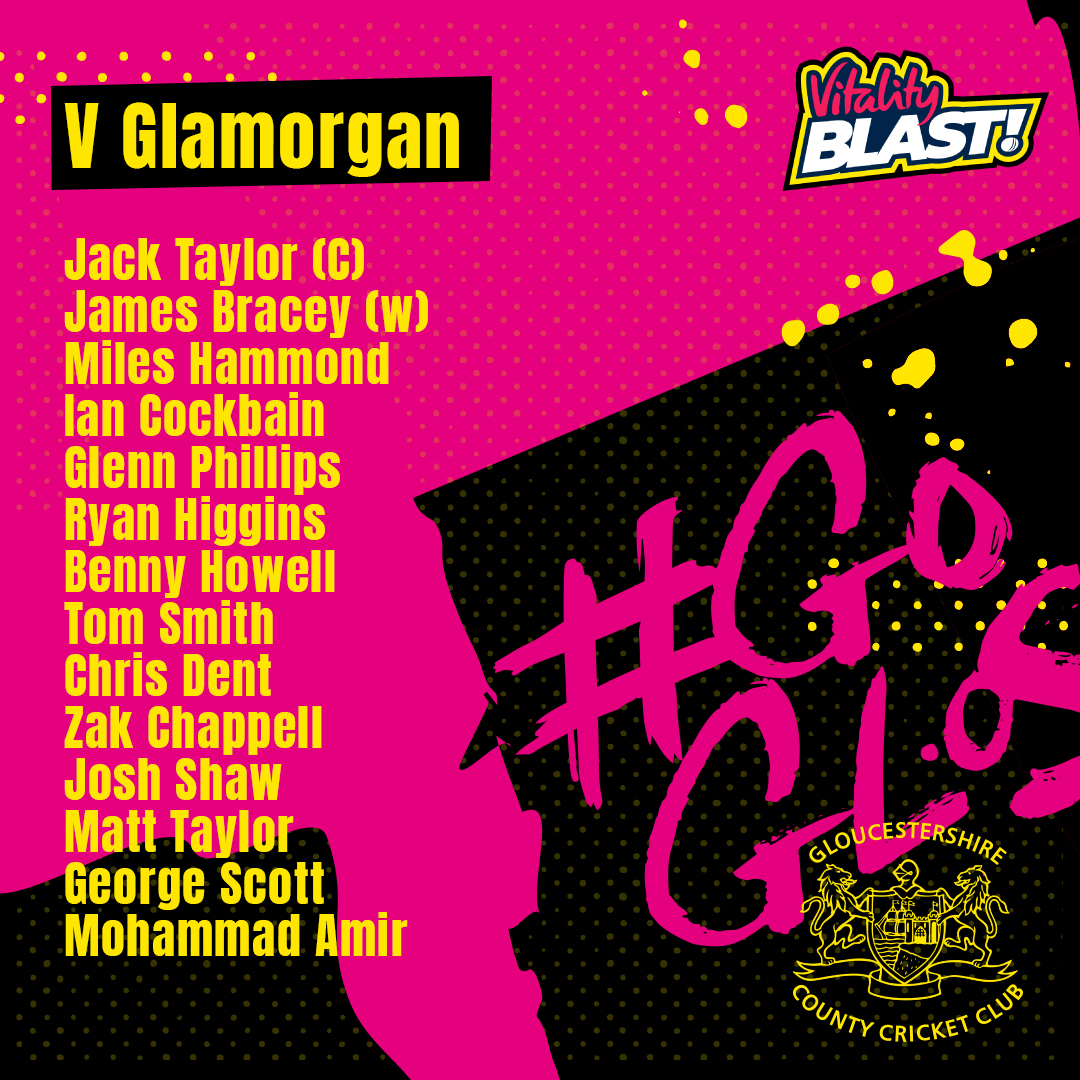