Glos will start the tournament in confident mood after a convincing all-round performance against Wiltshire in preparation.

James Bracey and Ben Wells looked in excellent touch during their better than a run-a-ball hundreds, Bracey smashing eight sixes in his 65-ball 125 not out.

Ben Charlesworth returned from a broken foot sustained in April against Yorkshire, scoring 67 while opening the batting. The 21-year-old left-hander finished the previous campaign as the club’s leading one-day run scorer.

The bowlers also impressed as they took at least one scalp each as the wickets were shared in the 218-run win at the College Ground.

After reaching the quarter-final stage in the 2021 season, Dale Benkenstein’s side will be looking to go further this time round, with the head coach hoping this season’s new additions hit the ground running in the 50-over competition.

Australian opener Marcus Harris, left-armer spinner Zafar Gohar and Dutch quick Paul van Meekeren, offer international experience and are all in line to make their one-day debut, as is teenage all-rounder Will Naish.

Jack Taylor will skipper a side that could include brothers Ollie and Tom Price and experienced opening batter Chris Dent.

Tom Smith could partner Gohar in the spin department and will be looking to add to his 124 one-day wickets for Glos. Seamers Josh Shaw and Jared Warner complete the squad.

Ajeet Singh-Dale and Matt Taylor miss out on selection due to their injuries of a side strain and foot injury, respectively.

Ian Cockbain, Miles Hammond, Ryan Higgins, Benny Howell, David Payne, and Graeme van Buuren are unavailable for selection for the Royal London One-Day Cup for the duration of The Hundred.

Tuesday’s fixture against Warwickshire is the first one-day match between the sides since 2007 when The Shire came out on top. The Glos faithful are expected to turn out in force in Cheltenham and will be hoping for the same result. 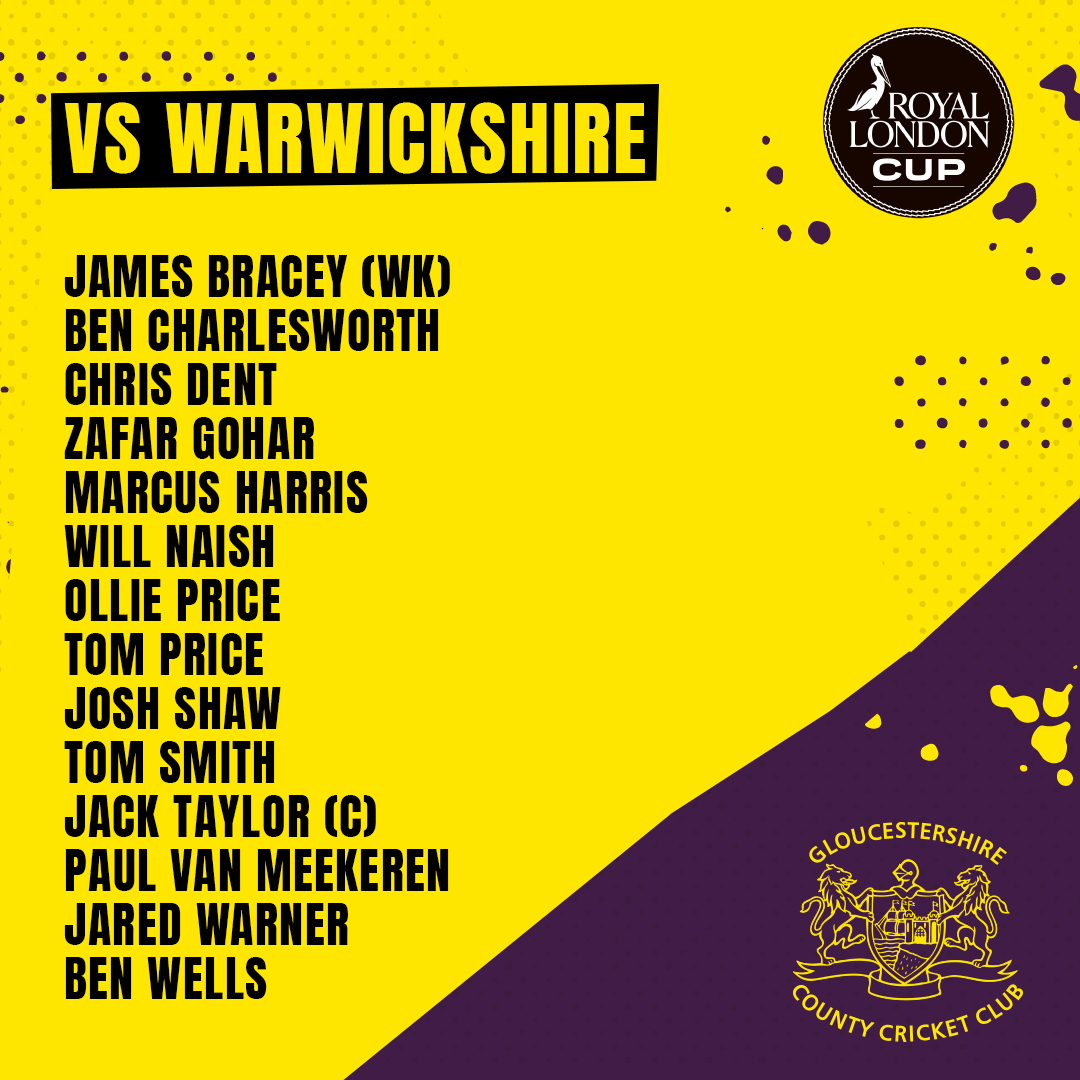