The Royal London Cup returns to the Seat Unique Stadium as Gloucestershire host Somerset in the hotly anticipated West Country derby, as both sides look for their first win in this season’s competition.

Facing Sussex on Friday, Glos fell short chasing 337 despite James Bracey’s classy 87 and support from Zahar Gofar who hit his second 50 in as many games.

Paul van Meekeren was also unfortunate to be on the losing side after taking a maiden five-for, conceding just 48 runs off his 10 overs.

Despite being dropped on 18 off the bowling of Tom Smith, the Sharks’ Delray Rawlins was the difference between the two sides after his 91 (62) and three wickets gave Sussex a deserved win.

Somerset also suffered defeat in their opening match of the campaign against Nottinghamshire at Taunton. Bowled out for 119 in 35.4 overs, Nottinghamshire chased Somerset’s total inside 12 overs. Former Shire loanee Zak Chappell took 3-35 for Notts as the home side’s top five all fell for single figures.

Dale Benkenstein has added Dom Goodman to a otherwise unchanged squad, with Jack Taylor skippering a a side that are aiming to bounce back against their fiercest rivals.

Glos spinner Tom Smith retains his place after being unlucky not to take more than two wickets after having two catches dropped off his bowling. New ball bowlers Tom Price and Josh Shaw will look to improve on their wicketless spells.

Youngster Ben Wells couldn’t kick on from his 76 against Warwickshire, beaten by England international Ollie Robinson, but will look to cement his place opening with Glos stalwart Chris Dent. Marcus Harris, Bracey and Ollie Price also keep their place.

Ben Charlesworth, Will Naish and Jared Warner will hope to take their chance if given their first competitive 50-over starts of the season. 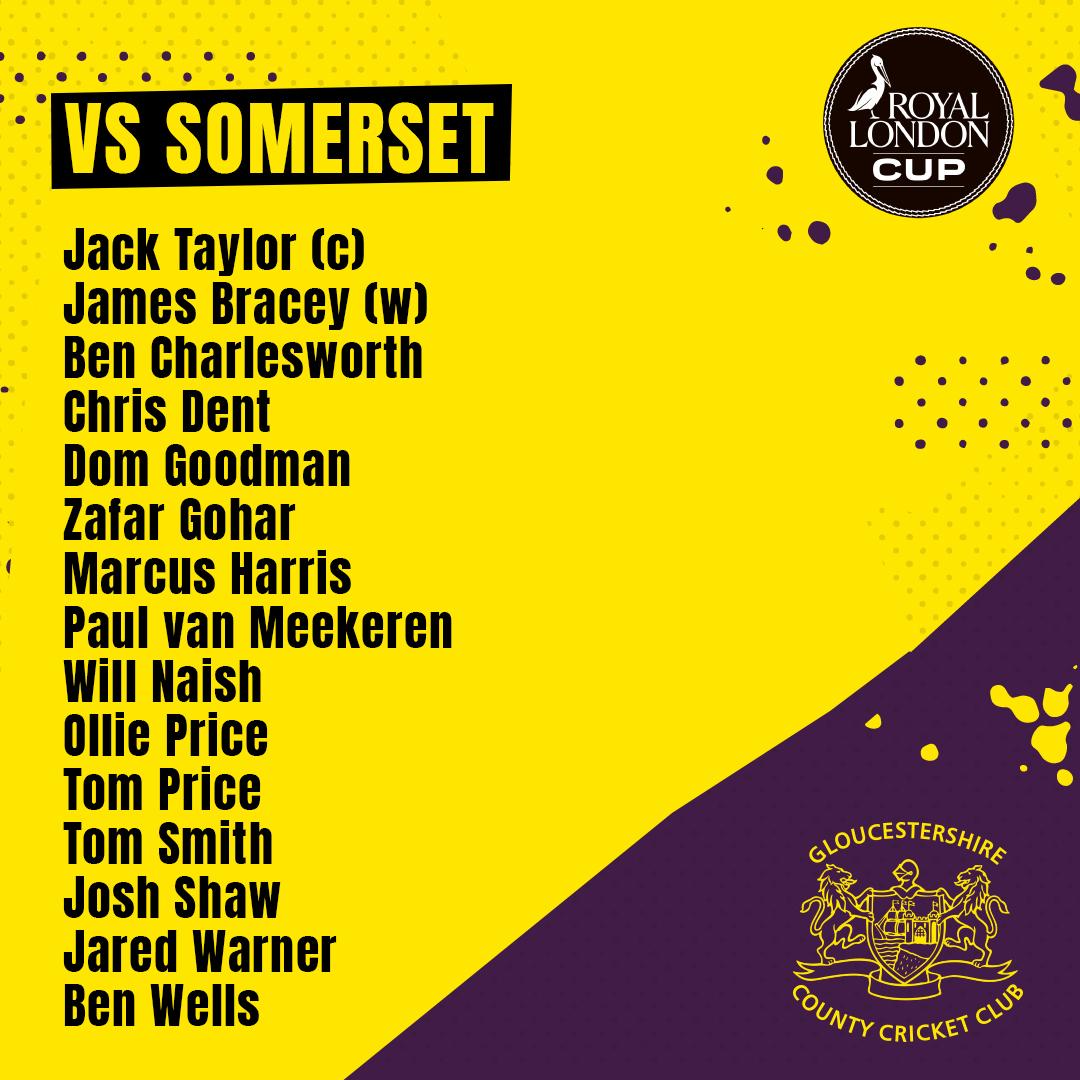 The sides last met in the Royal London Cup in 2019, where Glos edged over the line in the final over with four wickets to spare. Glos fans will be hoping for a repeat in this crucial derby. #GoGlos