Gloucestershire will be hoping to bounce back from defeat to Essex and claim their seventh win of the 2021 LV= Insurance County Championship season against Glamorgan at Sophia Gardens.

A win and a loss against the current top two teams in Division Two means Gloucestershire are sitting third in the Division with games against sixth placed Glamorgan and fourth placed Durham left to try and close the gap on leaders Essex.

The last time The Shire visited Sophia Gardens in red-ball cricket was in the 2020 Bob Willis Trophy when Glamorgan had a lead of 132 with just two wickets remaining in their second innings before time ran out for Gloucestershire due to the first day being completely rained off.

David Payne, who was a nightmare to face for Glamorgan batters on that occasion, was back on the field for Gloucestershire this week taking 3/71 against Essex. That brought his first-class wicket total up to 28 for the season.

Zafar Gohar claimed his first wickets for The Shire in the loss, taking 3/77 from 32.4 overs. Since arriving at the Club, Zafar has bowled very economically giving up just 2.19 runs an over – the best rate amongst Gloucestershire players.

Following three single-digit scores, James Bracey was back in the runs making 50 off 122 at Chelmsford. Ben Charlesworth, coming into the game in a similar run of form, was just one run shy of a half-century in tough batting conditions against one of the strongest bowling attacks in the country.

That’s said, Ian Harvey will be hoping his top order of Charlesworth, Hammond, Bracey, Dent and Lace can produce scores more akin to the second innings against Northants that propelled them to victory. 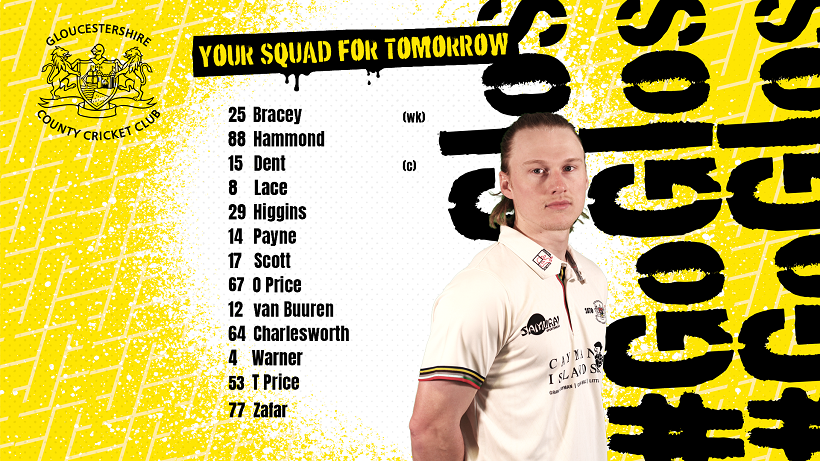 Having finished third in Group Three of the Championship to qualify for Division Two, Glamorgan have experienced the second worst start to the Division Stage with only Somerset faring worse.

Playing Essex at Cardiff, Glamorgan made 134 runs in the first innings before Essex piled on 320 and then bowled out the hosts for 112.

Glamorgan were subject to another innings defeat in their second match against Durham at Chester-le-Street following an even more paltry opening innings of 97. Durham were able to declare on 503/8 after seven players added more than 40 runs each before Dan Douthwaite and Andrew Salter put on 163 runs in vein to delay the inevitable.

The form of New Zealander Hamish Rutherford has been one of their few positive takeaways from the previous two matches. Aside from the one duck he scored, he’s made 145 runs in three innings while opening the batting.

40-year-old, Michael Hogan has taken 31 wickets at an average of 25.12 to lead the Welsh side with fellow veteran van der Gugten chipping in 26 of his own.