The England and Wales Cricket Board (ECB) has today released the fixtures for the Division Stage of the LV= Insurance County Championship.

The month-long title-deciding phase of the LV= Insurance County Championship begins on Monday 30 August with four additional rounds of matches to be staged to confirm the champions across three divisions. 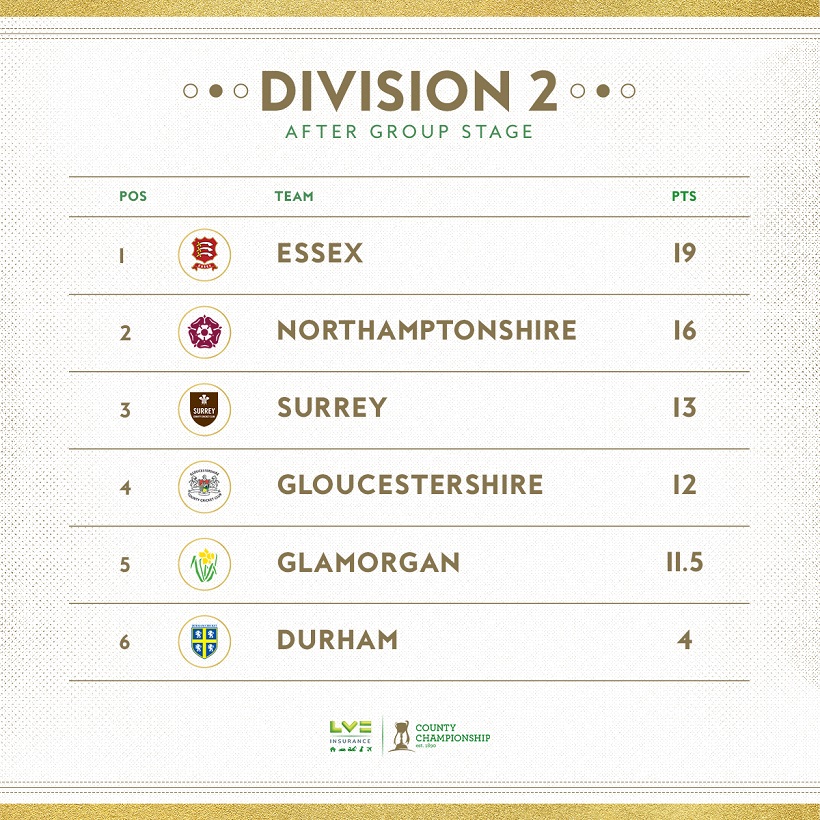 The format of the LV= Insurance County Championship was remodelled for this season to incorporate two phases following a vote of the first-class county chairs in October 2020, to help mitigate against the impact of Covid-19.

After 10 Group Stage matches the 18 first-class counties have progressed to three divisions based on points accrued. The top team in Division One after the completion of the Division Stage will be crowned as county champions.

The top two teams in Division One will also progress to a showpiece five-day Bob Willis Trophy final at Lord’s from Monday 27 September.

Tickets will be on sale soon, so please keep a look out on our website for tickets. Visit -  Gloscricket.co.uk 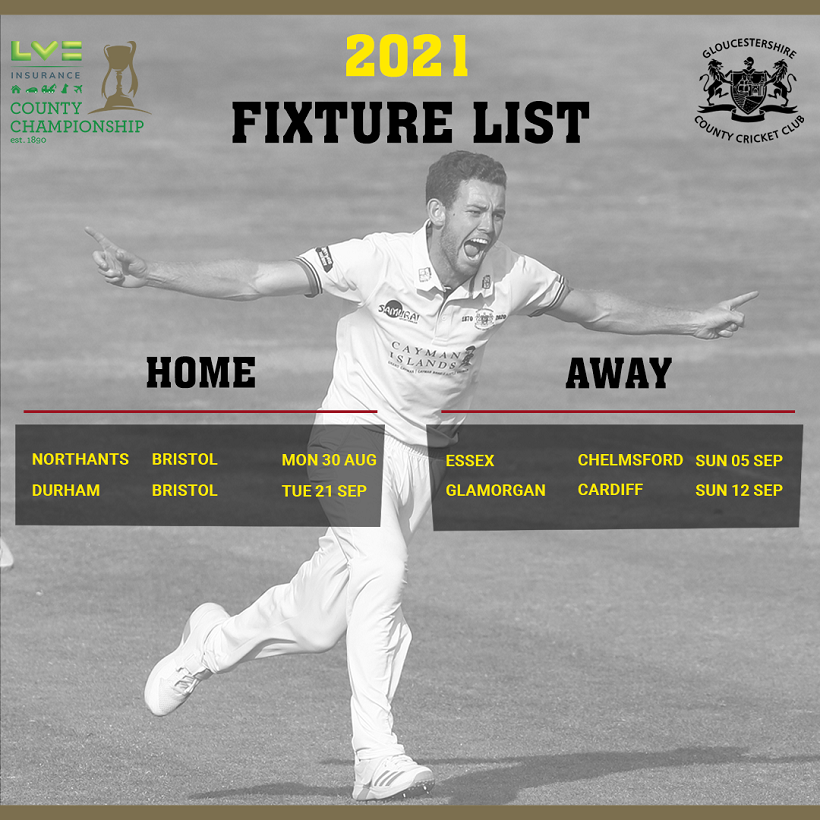