Today the latest additions to Welsh Fire for the inaugural season of The Hundred have been unveiled after the teams selected their final men’s picks in The Hundred Draft and more world class women’s signings were announced.

With seven spaces to fill in the men’s squad before The Draft, Gloucestershire star batsman Ian Cockbain was selected by Welsh Fire.

Last season, Ian surpassed Gloucestershire legend Michael Klinger as Gloucestershire’s all time T20 run scorer in 2020, an incredible achievement for the Liverpudlian. Cockbain now sits top of the Glos leaderboard with a grand total of 3,064 runs in the T20 competition. 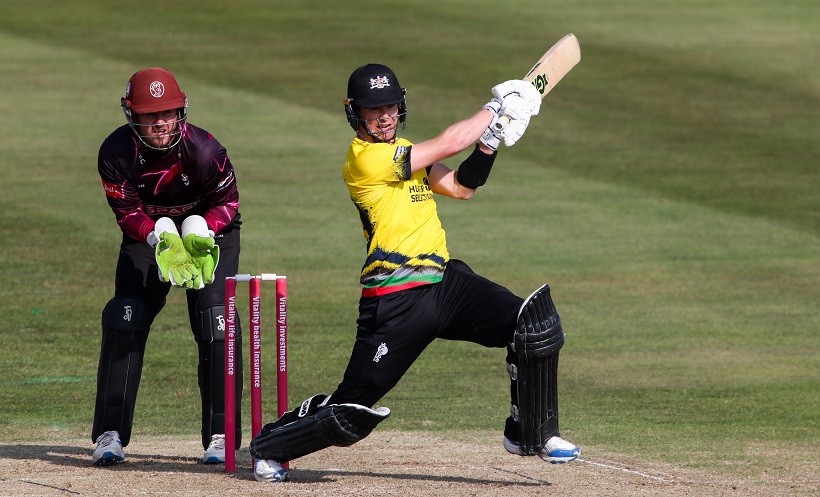 West Indies’ all rounder and one-day captain Kieron Pollard was their first player picked. Joining Pollard and Cockbain is Australian fast bowler Jhye Richardson, who became one of the most sought-after players in the recent 2021 IPL auction.

Meanwhile women’s team Head Coach Matthew Mott has welcomed fellow Australians Jess Jonassen, Meg Lanning and Beth Mooney along with England’s Bryony Smith to his squad as their line-up continues to take shape. They will join existing teammates including bowlers Katie George and Amy Gordon and batter Sophie Luff who have been retained from last year’s squad.

Players are being signed on an individual basis by the eight teams in the women’s competition, with no equivalent Draft event. Teams will continue to fill their squads over the coming months.

The teams, based at Sophia Gardens, Cardiff, will face seven other teams in the competition when it starts in July 2021. As well as offering world-class cricket, The Hundred aims to open the game up to more families and young people by fusing action-packed, fast-paced cricket with blockbuster entertainment off the pitch.

In a sporting first, the competition will launch with a women’s fixture as the headline act, with Oval Invincibles taking on Manchester Originals at The Kia Oval on Wednesday 21 July in a match televised live on Sky and BBC– with the men’s sides following suit the next day.

Aside from the standalone opening women’s and men’s games, each day of the competition will feature a men’s and women’s match, played at the same venue, with tickets allowing fans to watch both matches.

All men’s and women’s games will be broadcast live on Sky. The Hundred will also be covered extensively across the BBC, including live television coverage of 10 men’s games and up to eight live women’s matches, including The Hundred Final for both the women’s and men’s competitions, which will take place at Lord’s on 21 August.

Kieron Pollard said: “I can’t wait to come and play in The Hundred, it’s an exciting new competition and I’m really pleased to be part of it. There were so many top players who entered the Draft I was really happy to be the second pick. With Jhye (Richardson) joining as well, I think this Welsh Fire team has got some serious firepower in both bowling and batting line ups so I’m hoping we can put on a real show.”

Gary Kirsten, Welsh Fire Men’s Head Coach, said: “Even before the Draft started, it was brilliant news for the team that Jonny (Bairstow) committed to staying. We’ve built on that with two quality overseas signings in Kieron Pollard and Jhye Richardson while also picking up good domestic players in Jake Ball and Ian Cockbain. We feel like we’ve set ourselves up for a great first season in Cardiff.”

Meg Lanning said: “I’m really excited to be playing in The Hundred and to be leading Welsh Fire. We’ve got a strong Aussie contingent with myself, Jess (Jonassen) and Beth (Mooney) involved, alongside a host of up and coming domestic players. With Matthew Mott at the helm, we can’t wait to get going.”

Matthew Mott, Welsh Fire Women’s Head Coach, said: “Having worked so closely with Meg, Beth and Jess during our time in the national set-up, it’s excellent to have them representing Welsh Fire this summer. They bring so much skill and experience to this team and alongside Bryony we have a really strong squad for the upcoming competition.”

Sanjay Patel, Managing Director of The Hundred, said: “With the men’s Draft now complete and more stellar signings for the women’s competition, The Hundred promises to be unmissable entertainment this summer. We hope the fast new format of the game and exciting teams packed with world-class players will inspire existing fans and newcomers alike and get more people following and playing cricket.”

Tickets for The Hundred will go on sale to people who have signed up at www.thehundred.com through a priority window on 7 April, with general sale beginning on 21 April. Refund policies will be in place should matches be affected by Covid. Visit www.thehundred.com to find out about your local fixtures and the latest player signings. Sign up on the site for all the latest information and priority ticket access.