Higgins named in Greene King Team of the Year 2019

Gloucestershire all-rounder Ryan Higgins has been named in the Greene King Team of the Year for the 2019 season.

Eight counties are represented in Greene King Team of the Year, selected via the MVP formula.

The 2019 Overall MVP Simon Harmer captains this season’s Greene King Team of the Year, which has been selected using the PCA’s purpose-built Most Valuable Player Rankings.

The team of star performers contains three of the nominees for the NatWest PCA Players’ Player of the Year, in the form of Harmer, Dom Sibley and Ryan Higgins. One of the trio could be in line to receive the headline prize at tomorrow’s 50th NatWest PCA Awards ceremony. 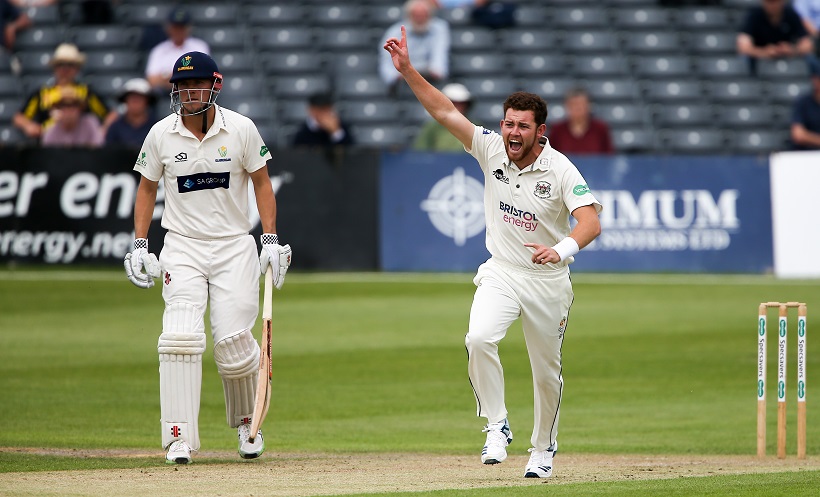 Eight counties are represented, with six players coming from Division One of the Specsavers County Championship and five from Division Two. Six of the team helped their side to either gain promotion or win a trophy this year.

Selected ahead of the last round of County Championship fixtures via the MVP formula, the balanced team consists of the best performing individuals on the county circuit across all formats. Batting, bowling and fielding points were taken into consideration as well as MVP points-per-game to create the ultimate domestic team of 2019.

The MVP formula was designed by the PCA in conjunction with the players to identify the key influencers and top performers in any given game.

On top of points for runs and wickets, bonus points are awarded, for example, for scoring runs quickly, claiming top order wickets and taking catches in the field, amongst other important disciplines.

The algorithm therefore provides a more rigorous analysis of player performance than traditional batting or bowling averages do. The Overall MVP at the end of every season is rewarded with a £10,000 cash prize.