Gloucestershire have extended the contract of opening batsman Miles Hammond for a further two years, seeing him stay at the Club until the end of the 2022 season.

The Cheltenham-born batsman featured in the top order in all formats last season finding particular success in the Vitality Blast. He finished with 322 runs in the competition for Gloucestershire, bettered only by veteran captain Michael Klinger. His 63-run knock against Middlesex at Cheltenham was a new career high in the format.

Hammond also showed what may be in store for Gloucestershire supporters in the Royal London Cup. Despite only featuring in four matches, he averaged 41.25 with a top score of 95 leading Gloucestershire to a 116-run win over Sussex at Eastbourne.

“I’m very excited to have signed a new two-year contract extension at Gloucestershire Cricket. It’s a Club I’ve been at since I was 14 and being from Cheltenham I always wanted to play here.

I’m thankful for the belief the Club have shown me and I can’t wait to get back out on the field with an exciting bunch of lads once this uncertainty is over. We know we are capable of achieving big things and hopefully we get the chance to do that.”

Still only 24-years old, Miles has shown his ability to adapt his game throughout his career. He made his debut for the Club as a right-arm off-spinner in 2013, claiming Gary Bballance as his first wicket at Headingley. The aggressive opening batsman we now know Miles to be didn’t even bat in his two limited over competition debuts.

Hammond has been working closely with Ian Harvey and Owen Dawkins on ways he can improve on a very impressive 2019 season.

“We are delighted that Miles will be with us over the next few years. He is a young lad who is eager to learn and has developed his game each year at the Club. We look forward to working with him more and seeing how he matures as a cricketer.

Hopefully, with the Club’s backing he can continue to show Gloucestershire supporters his ever-growing talent with the bat and his terrific character.”

For the 2020 season - Miles Hammond is sponsored by Hello Pace. 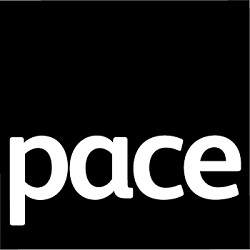