All-rounder Graeme van Buuren has been appointed as Gloucestershire Cricket captain of the County Championship and Royal London Cup side, while batter Jack Taylor has been reappointed as the Club’s T20 captain.

The decision on captaincy comes two weeks after Dale Benkenstein’s arrival as Head Coach, and comes as the squad embark today on their pre-season tour of Dubai.

The trip to the United Arab Emirates from 5-15 March will include two red-ball matches against Yorkshire. Each match will be played over the course of two days and will give all members of the Gloucestershire squad important pre-season practice as they gear up for life in Division One of the LV= Insurance County Championship.

“I am humbled to take over as captain, I am really excited for the opportunity and am looking forward to working with the team in both competitions.

There is a positive vibe around the side with all of the new additions and we can all feel the positive changes that have been made. The squad have put in a lot of effort over the winter and we are looking forward to the pre-season tour in Dubai and will be hoping to build on the momentum from last season."

On continuing as the T20 captain, Jack Taylor said:

“It is great to be asked to continue the role as T20 captain. I have loved every minute so far and I can't wait for the season ahead.

At first there were a few things I wasn't expecting and now I feel like I have developed on these areas and I know that we can improve and go all the way in the competition. We have a great squad and talent across the board and we are looking forward to the summer ahead.”

“We wanted to make these decisions prior to going to Dubai, as it’s important for the team, the Club and all our fans to know who will be leading the side.

“I haven’t been in the country for that long, so it has been such a positive to see there’s quite a few guys who could take over the captaincy; senior players who have clear leadership skills, and that’s a really healthy sign in a club. For that reason it wasn’t a straightforward decision, but in Graeme we have selected a man for which captaincy comes at the right time of his career. The next four or five seasons will be his best and he has the respect of all the players. It is important that the coach-captain relationship is strong and I feel I will work very well with Graeme. In people like David Payne, Chris Dent, Ryan Higgins and James Bracey, he’s got senior players who will provide excellent support.

“It’s an exciting moment for Graeme and his career. I have no doubt he will thrive in the position and whilst he will have a lot to learn in the role, it will be great to see a fresh approach and I’m sure he’ll bring a lot of new ideas to the squad. We will assess how it goes over the season but this appointment has been made with an eye on the long-term for Gloucestershire Cricket.”

On the appointment of Jack Taylor as T20 Captain, Dale said:

“In T20 cricket, Jack has been successful as a leader and is highly respected at the Club. For Graeme to do everything, all at once, is a big ask, so splitting the captaincy will allow Graeme to focus on his own game for the T20 campaign. We also have Championship fixtures fitting in during the T20 campaign, so this will allow both captains to focus on the respective tournaments.

“I don’t feel there’s a standout reason to alter the T20 captaincy and change something for the sake of it. To keep some consistency with Jack and build on the momentum he has helped to create will be important, and we look forward to seeing Jack lead us out in T20 cricket.”

“We want to ensure that the squad has direction, clarity and certainty ahead of the season. Dale and I felt it was extremely important that the players had this in terms of leadership as soon as possible. Both Graeme and Jack have enormous respect from their team-mates on and off the field, which they have earned in abundance during their time at Gloucestershire. They both have unique qualities as men and as cricketers and we are so excited about the positive impact that they will have this season.

We are extremely fortunate to have an experienced group of senior players who all exhibit high quality leadership behaviours in their own right and add huge value to our squad. I have no doubt that Jack and Graeme will be extremely well supported in their respective leadership roles. The previous captaincy experience of our head coach Dale Benkinstein will be invaluable in ensuring that our captains are well supported and have access to an excellent and experienced sounding board that has significant cricketing experience of winning matches in a multitude of situations. It is imperative that we continue to encourage the highest of standards of performance and attitude at the club and I am extremely confident that Graeme and Jack are the right men to ensure that these expectations are not only met but surpassed.”

Graeme will be leading the Gloucestershire side for the first time away at Northamptonshire on Thursday 7 April before welcoming Yorkshire to Bristol County Ground for the first home match of the season on Thursday 14 April. You can secure you place for this fixture here

Jack will resume his captaincy of the T20 when The Shire take on Middlesex away on Thursday 26 May. His first match in charge at Bristol County Ground takes place on Friday 27 May when Gloucestershire take on Sussex Sharks under floodlights. Tickets for this year's Vitality Blast go on general sale Wednesday 9 March - make sure you secure your spot this summer! 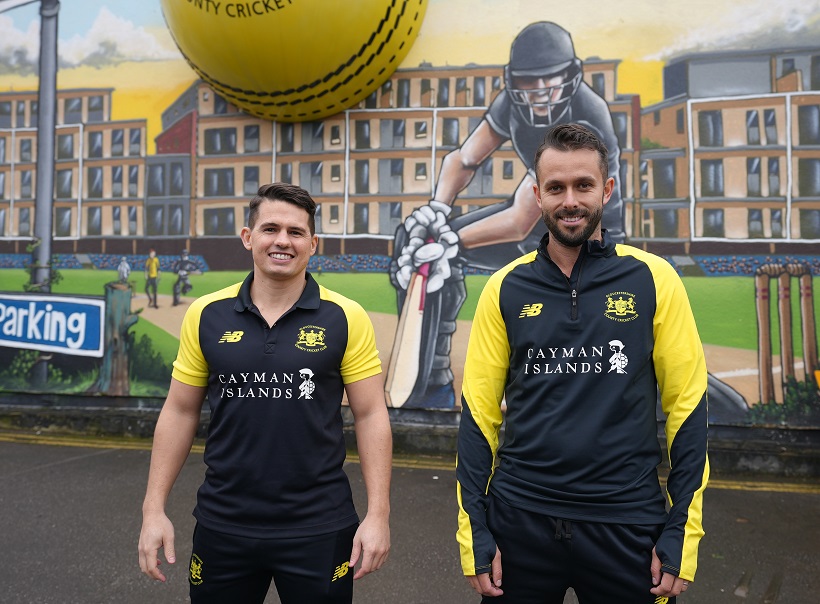