The highly-anticipated West Country derby returns to Bristol this week as Gloucestershire take on Somerset in Division One of the LV= Insurance County Championship. The fixture will see eighth-placed Glos attempt to win their first match of the season against their local rivals Somerset, who currently sit one place below them in the table.

Glos have two draws and three defeats on the board having played five matches so far, the most recent of which saw The Shire fall to a 75-run defeat against Hampshire. Captained by Graeme van Buuren, Gloucestershire have showed fantastic resilience so far this season and have been only narrowly missed out on picking up more points by way of winning at least a couple of matches.

Somerset, who have amassed 33 points to Gloucestershire’s 34 so far this year, have one won and lost three of their four matches and will be looking to build on their win v last year’s champions Warwickshire in their last outing.

Gloucestershire will be without batters Chris Dent and Ben Charlesworth, who are both recovering from foot injuries, as well as bowler David Payne, who suffered irritation to an existing ankle niggle in the match v Surrey.

Mohammad Amir will also sit out of the match v Somerset due to a tight hamstring. He requires a period of rest after being away from red ball cricket for a number of years and bowling a large amount of overs in a short space of time since joining Gloucestershire. The Club is exploring the potential to play Amir in the two County Championship matches in June v Kent and Lancashire.

Amir’s countryman Naseem Shah is continuing with his recovery from a shoulder problem and is due to play in Gloucestershire’s Second XIs before making a return to first-team cricket during the T20 Vitality Blast Campaign.

Dom Goodman, who is being rested, Jared Warner and Jack Taylor are the other notable absentees from the Gloucestershire side.

New signings Brad Wheal, Zak Chappell and Jacob Bethell as well as experienced bowlers Matt Taylor and Zafar Gohar, come into the squad for The Shire’s final match of the first round of County Championship fixtures.

Dale Benkenstein has named the following 14-man squad for the match v Somerset: 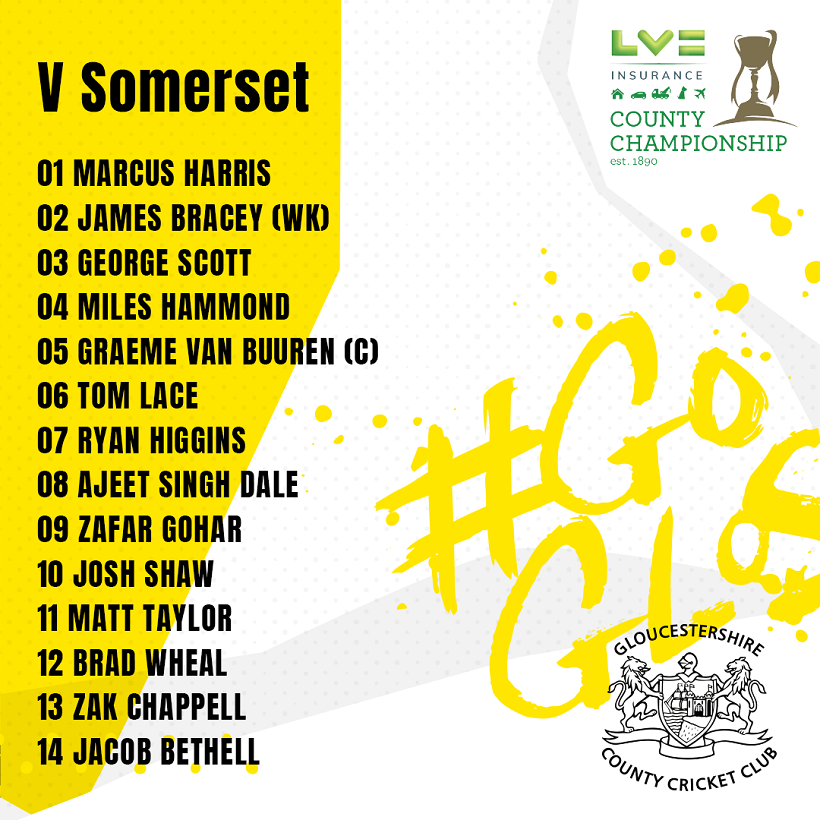