Gloucestershire to play Division One cricket in 2022

Gloucestershire will play in Division One of the LV= Insurance County Championship in 2022 following a vote by the chairs of the 18 First-Class Counties.

The return to a two-division format, following the Club’s promotion in 2019, means The Shire will challenge for the County Championship title against Essex, Hampshire, Kent, Lancashire, Northamptonshire, Somerset, Surrey, Warwickshire and Yorkshire.

CEO Will Brown reacted to the news:

“This has been a very interesting time for the game and this debate in particular has been a complex one. It’s been good to once again see all the counties work collaboratively and now the result is known, we can begin planning for what promises to be a hugely exciting 2022 season.

“A lot of hard work went into getting us promotion at the end of the 2019 season and the team has showed since they are consistently capable of competing against the best teams in the country.

“With eight wins last season, more than any other team, 2021 proved without doubt that the Club is on an upward curve, once again securing it’s place in the top 10 counties and achieving its highest county championship finish for over 15 years. This is an exciting time for Gloucestershire Cricket and with further quality investment in the playing squad, starting with the addition of Marcus Harris, we believe we are on the cusp of something special and are adding to a talented team that can win trophies.

“Next season promises to be a thrilling time to be a Gloucestershire supporter; we have a variety of Memberships on offer to suit all fans and we can’t wait to see lots of new faces at Bristol County Ground and at the 150th anniversary of the Cheltenham Cricket Festival.”

The transition back to a two-division format comes after two Covid-affected seasons that forced a restructure. Last season, Gloucestershire competed in a conference style competition in which the Club recorded its most wins in a domestic first-class season since 1998.

The ECB has stated that it has always been the intention of the First-Class Counties and the governing body to return to the two-division structure at the earliest opportunity.

In 2022 Division One will contain 10 teams, including Gloucestershire who were promoted alongside Lancashire and Northamptonshire in 2019, while Division Two will contain the remaining eight counties. Each county is due to play 14 LV= Insurance County Championship matches.

There will be 10 counties in Division One and eight in Division Two with a two-up, two-down promotion-and-relegation system. The counties will be placed into the division that they had qualified to compete in had the 2020 County Championship taken place.

Each county will play 14 LV= Insurance County Championship matches in total, and the ECB has also said that while it is very keen to retain the Bob Willis Trophy in some capacity, it’s unlikely that there will be an end-of-season showpiece match as seen in 2020 and 2021.

2022 Memberships are on sale now. Buy yours and watch Gloucestershire in Division One action next summer. Explore our full range of membership here 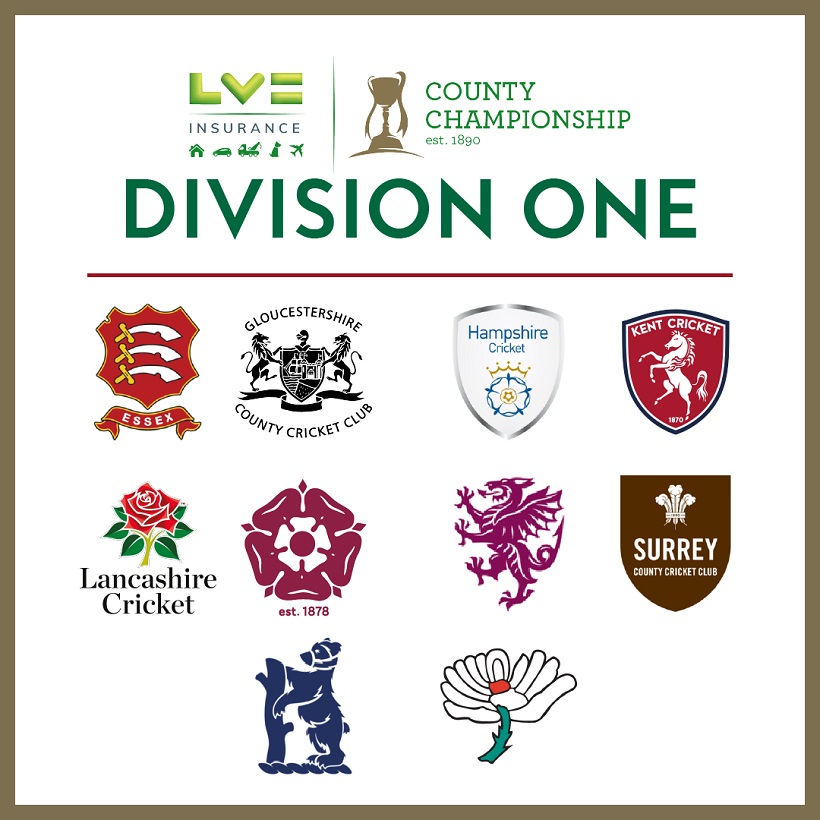