Gloucestershire Cricket is delighted to announce the signing of New Zealand international Glenn Phillips for the 2021 Vitality Blast campaign.

The 24-year-old top-order wicketkeeper-batsman has had a mightily impressive start to his white-ball career, breaking records and scoring runs around the world.

Speaking on signing for The Shire, Glenn said:

“I’m really excited to join up with Gloucestershire and can’t wait to get over to Bristol soon. I loved my time in the UK in 2016 playing club cricket for Brondesbury CC and for the MCC Young Cricketers.

“I’ve always been keen to experience county cricket and I’m very grateful to Gloucestershire for giving me the opportunity.”

Phillips, who will be available to Gloucestershire for the entirety of the Vitality Blast season, recently broke the record for the fastest century by a New Zealand batsman in a T20I match, reaching triple digits in just 46 balls against West Indies.

Having made his T20I debut in 2017, Phillips is already the eighth highest run scorer in New Zealand’s history with 506 runs at an average of 28.11. He also holds the record for most wicket-keeping dismissals in an innings with four against West Indies in 2017. 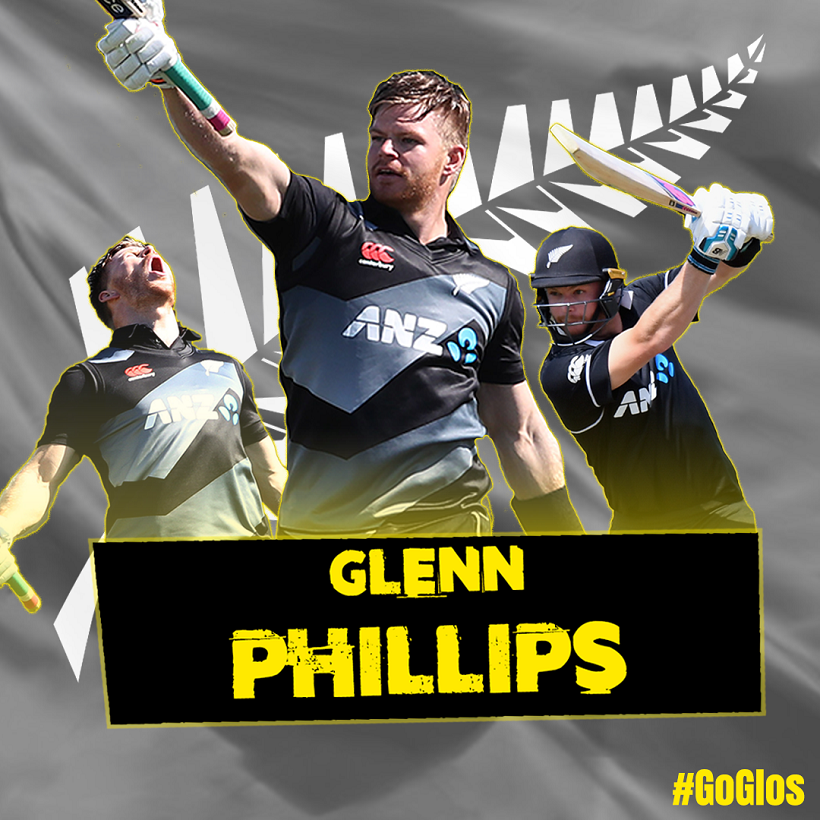 Interim Head Coach, Ian Harvey is full of praise for the Kiwi:

“I’ve followed him quite a bit over the last couple of seasons; Glenn is very exciting to watch and he’s going to add a massive amount to what is already a powerful T20 batting lineup.

“He can bat at the top of the order, in the middle and also add to our firepower at the end. He’s a bit of an all-rounder because he bowls and keeps wicket as well so he will give us plenty of options and I’m looking forward to getting him in the team.”

A talented cricketer in all formats, Phillips also represented his country in Test cricket against Australia in early 2020. He made a half-century in his maiden innings; 52, the joint highest score of any New Zealander in the match.

In New Zealand, he plays domestic cricket for Auckland. He made his T20 debut in the 2016/17 Super Smash and was the highest runs scorer in the competition with 369 runs at 46.12. That year, he became the first cricketer to record a century in all three formats in the same New Zealand domestic season.

“To have someone in your side with the ability to do pretty much everything is a huge bonus and his experience of playing around the world in franchise cricket is going to be a massive benefit for our players.

“He’s played Test match cricket and can keep wicket so he gives us plenty of options if we want to bring him in for red-ball games.”

Phillips will be available for all Vitality Blast matches and Ian Harvey will have the option of utilising the New Zealander in any first-class and List-A matches during that time.

Gloucestershire’s Vitality Blast campaign begins with a trip to Sophia Gardens to face Glamorgan on 10 June. Sussex Sharks will be the first team to visit the Bristol County Ground on 11 June. You can purchase tickets for that match and all home Vitality Blast fixtures HERE