The Gloucestershire Second XI fixtures have been published today.

2020 will see the team begin their campaign with a two-day friendly against Worcestershire on Wednesday 8 April, the venue for this friendly fixtures will be confirmed at a later date.

Supporters will have the opportunity to watch the Second XI play at The Bristol County Ground on Tuesday 14 April when they welcome Yorkshire for a four day Second XI Championship fixture.

You can view Gloucestershire Second’s XI fixtures by clicking here

“Changes with the 1st XI schedule and the introduction of the 100 ball franchise competition has seen changes to the structure and lay out of the 2nd XI programme for the 2020 season. We once again look forward to playing at Rockhampton Cricket Club who will be the main home of the 2nd XI for the season. A relationships we are looking to continue to develop and extend."

For the first time, all Second XI Championship fixtures will be played over four days. Additionally there is no longer a South and North group. The ECB setup three fixtures, with the counties responsible for setting up the remaining seven matches of the Second XI Championship. As a result, this has allowed the Club to create a very strong red ball fixture list, seeing Gloucestershire play two northern sides.

This will run over a three week block. The first two weeks of the competition will be in the lead up to the first teams Vitality Blast matches.  The third week will coincide with the start of the first teams T20 fixtures. We are pleased to announce that we will also be playing additional friendly matches during the time the first team are playing T20's.

In the past we have played 2 games on a day, this year we will only be playing 1 game per day - except against Glamorgan at home where we will play a double header.

There is no longer a 2nd XI 50 over competition.   Instead, we are going to play a number of friendly matches at the same time as the Royal London Cup competition. We are very pleased to announce that two of our 50 over matches will played against a Scotland Development XI.

You can view Gloucestershire Second’s XI fixtures by clicking here

This summer, One-Day members have the opportunity to watch the world's best battle it out in Bristol and Cheltenham for just £125.

We have an additional four memberships avaialable in 2020. 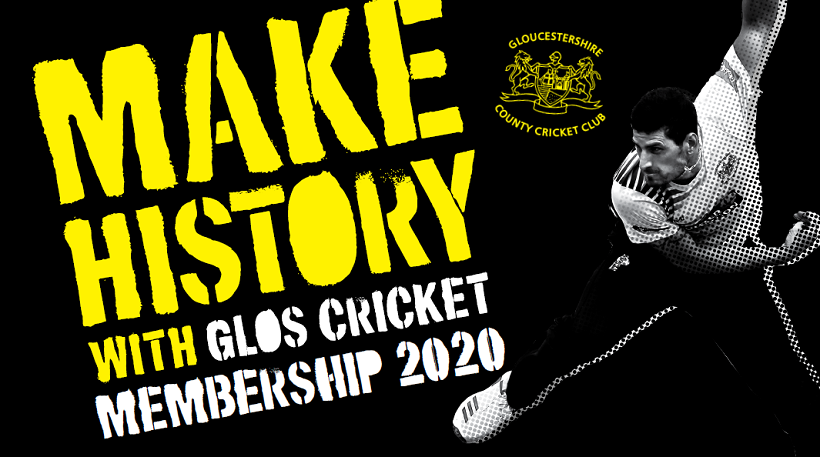