Gloucestershire Cricket is pleased to announce that Matt Taylor has signed a contract extension that will see him remain at the Club until the end of the 2022 season.

The 26-year-old left-arm fast bowler, who graduated from the Club’s Academy and made his first appearance for The Shire in a List-A match in 2011, has been a mainstay in Gloucestershire’s bowling unit for a number of years.

“I am delighted to extend my contract with Gloucestershire. I love playing for this great Club and feel as though we are moving in a positive direction.

“I hope I can contribute to us winning more trophies and having continued success on and off the field.” 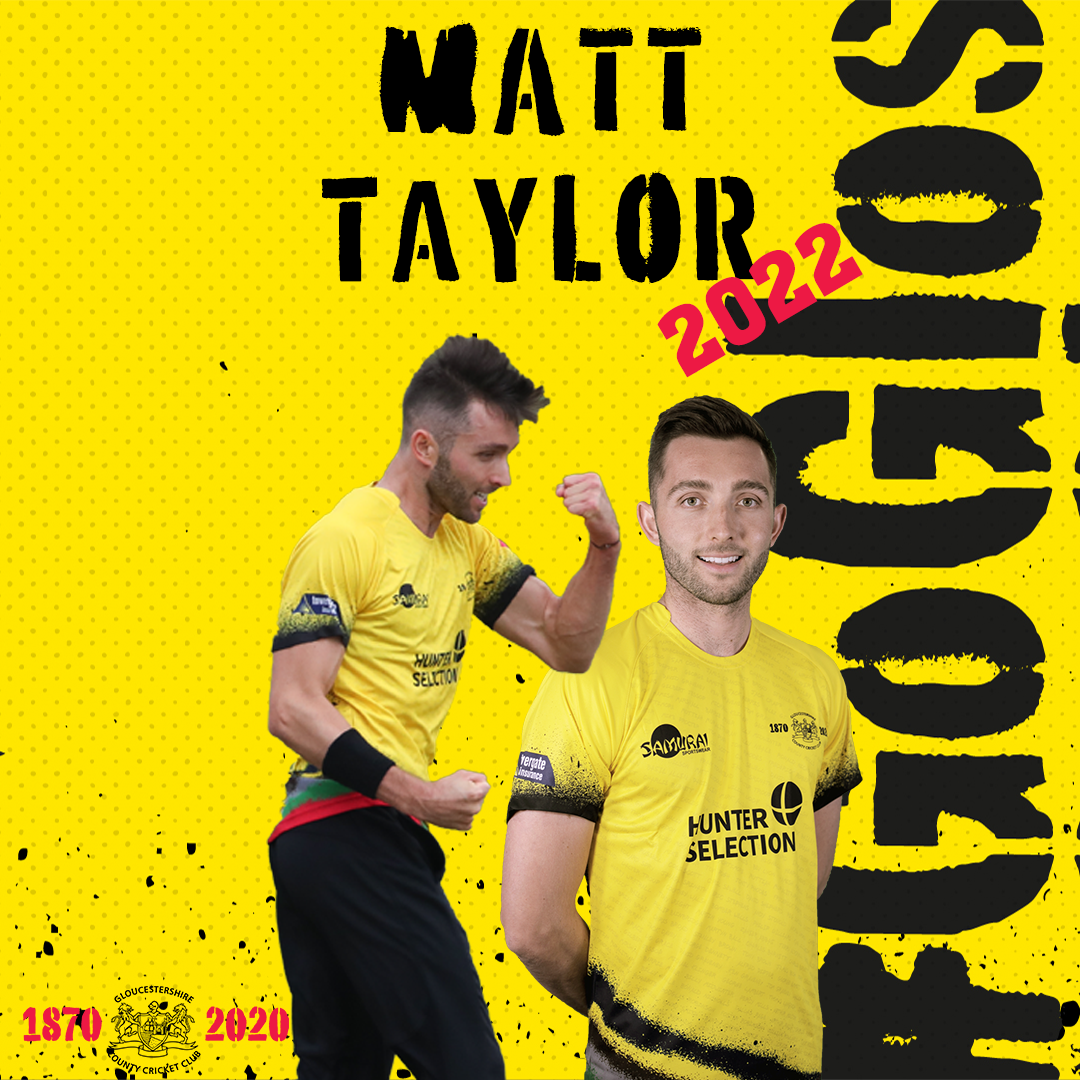 Taylor played a major role in the Bob Willis Trophy for Gloucestershire, bowling the second highest number of overs (115) and taking 11 wickets with his best figures of 3/43 coming against Glamorgan at Cardiff.

He was also a key player in the T20 side that made it to Finals Day for the first time since 2007. He took eight wickets in the Vitality Blast including 3/29 in an important match against the Birmingham Bears at Bristol.

“It’s great news that Matt has extended his contract at Gloucestershire. He’s been an important part of our bowling attack over the past few seasons and we look forward to continuing his development with the Club.”

Throughout his career, Matt has taken over 200 wickets for Gloucestershire in all formats. During last year’s County Championship promotion winning season, Matt took 29 wickets and only Ryan Higgins and David Payne bowled more overs for the Club.