Gloucestershire Cricket is delighted to announce the appointment of Dale Benkenstein as the Club’s new Head Coach.

The 47-year-old South African, who has previously coached internationally with the Proteas, joins The Shire on a three-year-deal that will see him lead the Club’s coaching department until at least the end of the 2024 season.

Benkenstein, a former Durham captain, made his name as a coach at Hampshire between 2014 and 2016 when he led the side to two Vitality Blast Finals Days and secured a promotion back to the top tier of the County Championship. He has also coached at South African side Dolphins and has most recently served as Head Coach at Mike Procter’s former school Hilton College in his home country, where he is credited with coaching a number of talented young cricketers into the professional game.

“I am looking forward to working with a well-balanced squad of youth and experience and I feel the club as a whole have the ingredients to be consistently successful in all formats.

“It is exciting to be back involved in English County Cricket where I have many fond memories.” 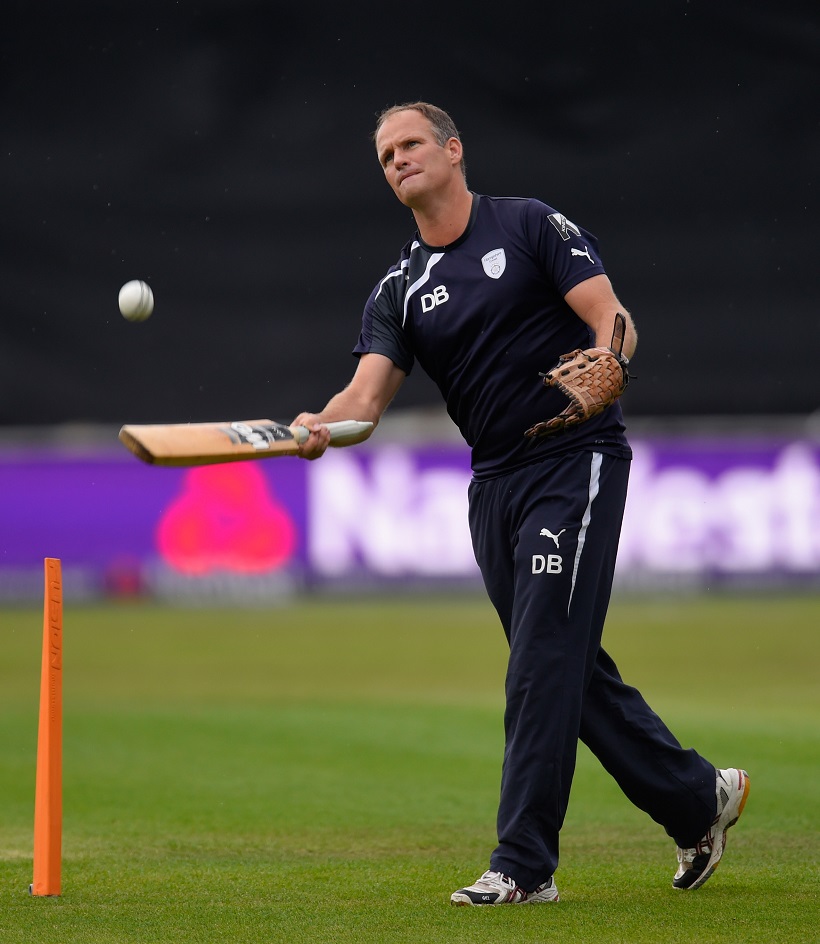 During a long and successful playing career spanning 20 years, Benkenstein made 300 List A and 264 first-class appearances, racking up more than 15,000 first-class runs and close to 10,000 limited overs runs.

Born in Zimbabwe, Benkenstein started his career at Natal, in South Africa, and after being named captain at the age of just 22, led the side to both a four-day and a one-day domestic title. That success earned him international recognition and in 1998/99, Benkenstein made his senior ODI debut for South Africa against England and went on to play in a further 22 matches for his country.

Aged 29, Benkenstein signed for Durham in 2005 and skippered the side to their first major trophy in 2007, when his team defeated Shane Warne’s Hampshire in the final of the Friends Provident competition.

In the two years that followed, Benkenstein captained Durham to successive County Championship titles in 2008 and 2009, the first in the club’s history. Since making his debut for Durham he scored more than 9,000 first-class runs at an average of 45.9 for the club.

Gloucestershire Cricket Chief Executive, Will Brown, said: “We’re hugely excited to be welcoming Dale to Gloucestershire; he brings with him a wealth of experience and a knowledge of what it takes to achieve success on the cricket field. It’s no secret that we are hungry for trophies and we’re certain that with someone of Dale’s calibre as Head Coach, we’ll be in the best possible position to challenge for silverware during the next three years.

“Dale inherits a squad full of exciting talent, including a number of new additions with more to come, and alongside the Club’s new Performance Director, Steve Snell, we believe Dale will be able to deliver fans, Members, and visitors to Bristol County Ground an outstanding and memorable few years of cricket.

“I’d also like to take this opportunity to thank Ian Harvey for standing in as Interim Head Coach for the 2021 season. Under his management and with the support of all of our talented coaches and the hard work of the players, the playing squad has gone from strength to strength and is in fantastic shape for Dale’s arrival. Thanks also to Mark Alleyne for his time this summer and to Marlborough College for allowing Mark to join us “on loan” for the season. Finally, huge thanks once again to all of those at the Club who have been involved in the recruitment process, from Matt Windows and David Graveney on the Executive Board through to the former and current players who helped us shape the requirements of the role and also interview candidates.” 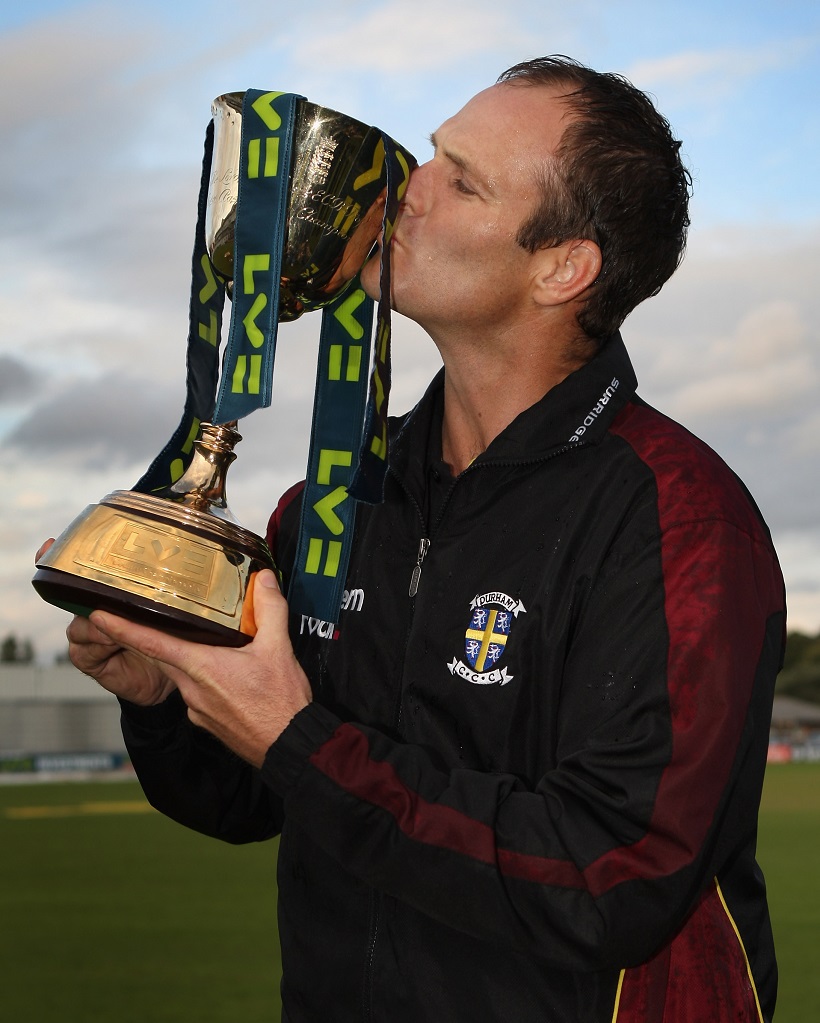 Following Benkenstein’s appointment as Head Coach, Ian Harvey will resume his previous role as Assistant Head Coach for the upcoming domestic campaign. Under Harvey’s leadership The Shire became the only team in the country to win eight or more matches in the LV= County Championship.

Gloucestershire Cricket Performance Director, Steve Snell, who played a key role in the recruitment process, said: “I am delighted that we have secured the services of Dale as our new Head Coach. Dale’s skills, experience and winning mentality are an excellent match for the professional and ambitious environment that we are looking to sustain and evolve at Gloucestershire.

“I believe Dale will have an extremely positive impact with our players and coaches across the entire organisation. We are very much looking forward to welcoming Dale to the Gloucestershire family and I am excited as to the point of difference Dale can make to the club’s future successes."

Assistant Head Coach at Gloucestershire, Ian Harvey, added: “It’s been a huge honour for me to lead the team this season and I’m really proud of what the squads have achieved. Some of the performances in the County Championship in particular have been top class and there is no doubt these players have a bright future ahead.

“I’ve been following the recruitment process with interest and there is no doubt that Dale is a great signing and I’m very excited to be working with him; I knew him as a fierce competitor on the pitch and I’m sure his style and considerable experience will produce great results for our Club.” 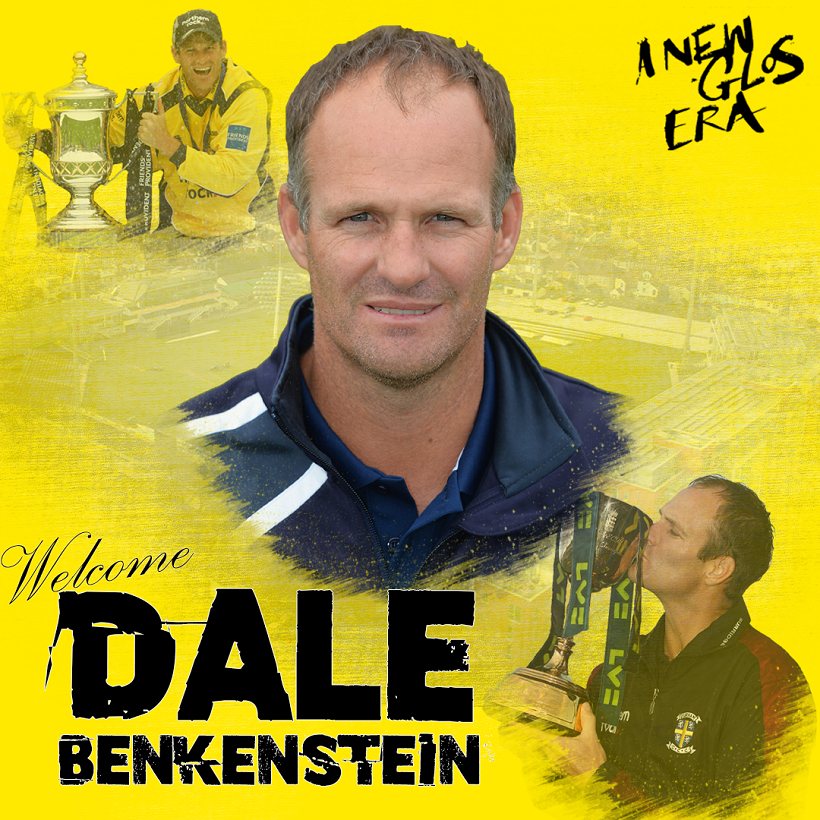