Gloucestershire County Cricket Club will celebrate its 150th anniversary back in Division One of the County Championship for the first time in over a decade.

Following today’s release of next summer’s domestic fixtures supporters of the Club can download the dates into their digital diaries in a couple of clicks – thanks to new easy-to-use software - with highlights including rivals Somerset making an early visit to the Bristol County Ground in the County Championship and Yorkshire making their first trip to the Cheltenham Cricket Festival (June 29 – July 9) since 2003. 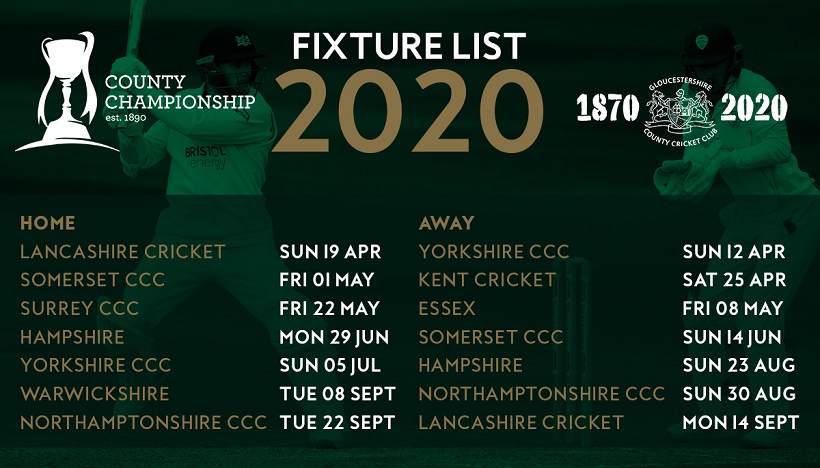 The Vitality Blast begins with a Friday night trip to Somerset (May 29) before a home opener against Glamorgan with all matches to be staged in prime slots on Wednesday, Thursday and Friday nights or at the weekend. 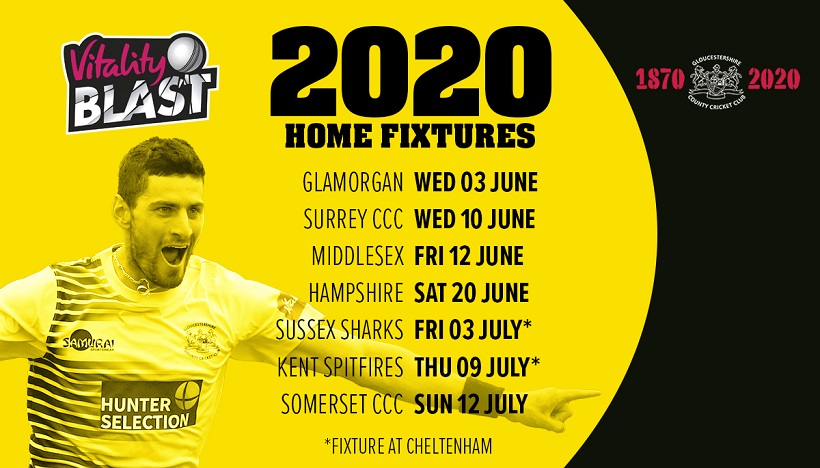 The Royal London Cup group games will be played in the height of the summer, from July 21 to August 9, while the Bristol County Ground will host two The Hundred – Women’s Competition matches to ensure a bumper season of cricket for all fans awaits. 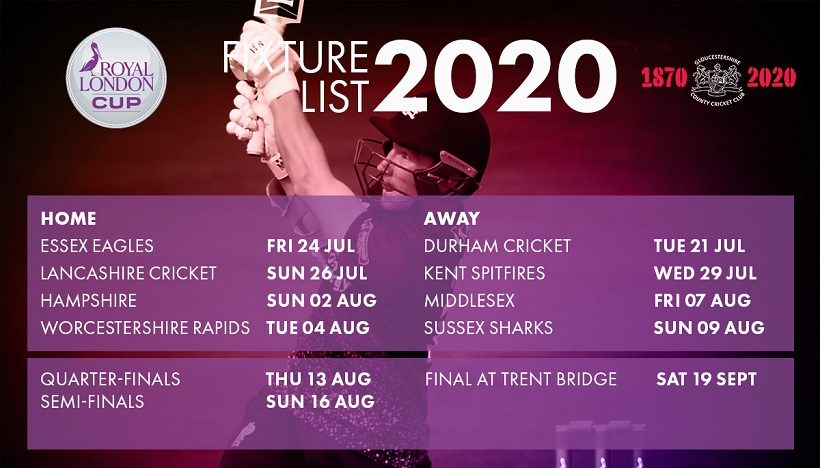 As part of the club’s anniversary celebrations children from 150 local schools are set to watch Gloucestershire next summer with the Community Day set to be held during the Royal London Cup match against Lancashire on Sunday, July 26.

“Excitement has been building around the Club and I expect the atmosphere at Bristol and Cheltenham will be better than ever.”

Gloucestershire begin life back in the County Championship top-flight with a trip to Yorkshire from Easter Sunday before hosting their first match on Sunday, April 19 against fellow promoted club Lancashire.

The eagerly-anticipated home clash with Somerset will begin on Friday, May 1 as Gloucestershire host their rivals in the four-day format for the first time in 13 years - the longest period of time between first class fixtures against one of the other counties in the Club’s history.

The annual Cheltenham Cricket Festival is one of the most loved events in the social and sporting calendar with the idyllic setting of Cheltenham College providing the perfect backdrop for cricket at the height of summer.

This summer the festival, which Gloucestershire have played at Cheltenham College since 1872, begins on Monday, June 29 with Chis Dent and his men welcoming Hampshire in the Championship.

Gloucestershire also host Sussex (Friday, July 3) and Kent (Thursday, July 9) in the Vitality Blast either side of hosting Yorkshire in the Championship from Sunday, July 5.

Gloucestershire reached the quarter-finals of the Blast last summer despite an injury to star bowler Benny Howell, who took a career-best five for 18 against Glamorgan at Cheltenham this summer and he will be keen to lead them back to the knockout stages with their final three games at home. Local rivals Somerset will arrive to The Bristol County Ground on Sunday 12 July for the West Country clash in the Vitality Blast.

The Royal London Cup is set to feature the next wave of young talent with James Bracey, a nominee for the PCA Young Player of the Year last summer, again set to line up for Gloucestershire.

The Bristol County Ground will also play host to the innovative new The Hundred competition with the best players from around the world and England and Wales set to take part. Welsh Fire will host Northern Superchargers (July 30) and Manchester Originals (August 8) at Bristol with the likes of Australia captain Meg Lanning set to take centre stage.