Gloucestershire will be hoping for back-to-back wins to start the Vitality Blast as they welcome Sussex Sharks to the Bristol County Ground for the first home match of the season.

The Shire come into tonight’s game having just beaten Glamorgan by four runs in their season opener. Glenn Phillips made 44 off 32 on his Blast debut while Benny Howell took home Gloucestershire’s Man of the Match award for his three wickets accompanied by his quickfire 30 off 15.

Tom Smith took his 100th T20 wicket for Gloucestershire when Chris Cooke was caught by Miles Hammond. He is only the third player to reach the milestone for the Club behind Benny Howell and David Payne.

Josh Shaw will also be coming into the game full of confidence having taken a career best 2/15 and the important wickets of Glamorgan opener David Lloyd and overseas star Colin Ingram.

All-rounder Ryan Higgins will miss tonight’s match having fractured a toe while playing against Glamorgan. 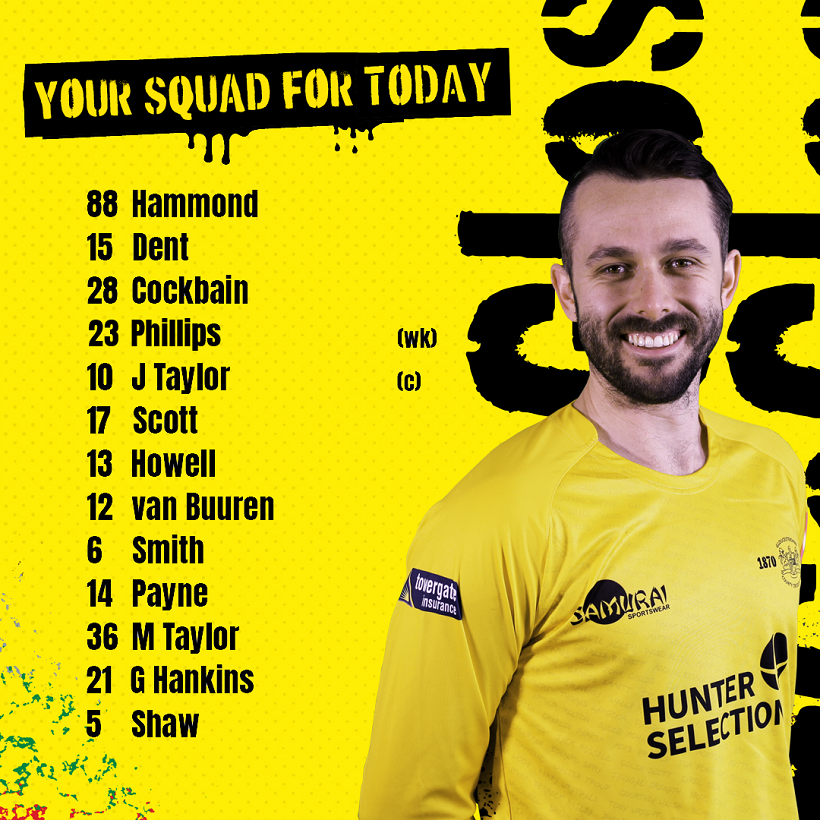 Tonight’s visitors, Sussex Sharks are the only team in the South Group yet to play their first match. Taking charge for the first time, T20 Head Coach James Kirtley will be looking to get off to a flying start.

The Sharks will be at near full strength bringing a squad full of international talent. The competition’s record highest run-scorer Luke Wright captain’s the side again; almost 17 years after making his T20 debut for Sussex. He will be joined at the top of the order by Phil Salt who has scored over 2,000 runs in T20 cricket.

Australian middle order batsman Travis Head will add value to their batting as he averages above 30 in T20 cricket and close to it in IT20s. He will be backed up by big hitting batsman Delray Rawlins, who can score runs from anywhere in the top five, and South African David Wiese who returns as an overseas player.

In the bowling department, they are without Jofra Archer or Ollie Robinson but their seam attack will still cause problems with the speed of Chris Jordan and Tymal Mills accompanied by George Garton who has a top T20 prospect. He took 14 wickets in the competition last year and had the best economy rate of any Sussex bowler.

Be the scorer - Click here for our online scorecard.