Glos to host lectures on impact of climate change on cricket

Gloucestershire Cricket will host a series of lectures highlighting the threat of climate change on cricket and sport as a whole.

The four ‘Time to Declare’ talks will take place throughout the summer at the Seat Unique Stadium in Bristol, and will use the game of cricket as a lens to understand what the climate crisis means for sport and what we can do as fans, clubs and governing bodies to mitigate it.

The free-to-enter lectures, organised in partnership between Gloucestershire and local cricket club, the Bristol Dodos, will include guests speaker and focus on four different but equally important subjects regarding the issue of climate change and the impact it is having on sport.

The first lecture will take place on Wednesday 11 May, will be about sport sponsorship and advertising and will be delivered by guest speaker, author and economist, Andrew Sims.

Follow-up lectures in June, July and September will cover topics such as the Hit for Six report, which reveals the impact of climate change on cricket.

‘Time to Declare’ series organiser and Bristol Dodos team founder, Xeena Cooper, said: “Climate change can be a large disparate and unfathomable concept to most people, and just doesn’t make much sense in people’s everyday lives. But there is an urgency to realising solutions to act now.

“Cricket is the perfect parable for living in unprecedented times. A game rich in history, a game of noble spirit and fair play, also struggling with a dark past but mostly a game fighting for the next generation.”

In acting as host venue for the important talks on the effects of climate change, Gloucestershire Cricket will build on its existing sustainability goals and pledges that includes an ambition to become the most environmentally friendly cricket club in the world. The Club has already entered into the United Nations Race To Zero and is aiming to reach reach net zero emissions by 2040.

Will Brown, Chief Executive at Gloucestershire Cricket, said: “We are incredibly passionate about environmental sustainability and are working really hard to be more green as a Club. These lectures will provide an education into the effects of climate change on cricket and what we can all do to help.”

All four events will take place up at the Seat Unique Stadium in Bristol and are free to attend.

For more information and to buy tickets, click here. 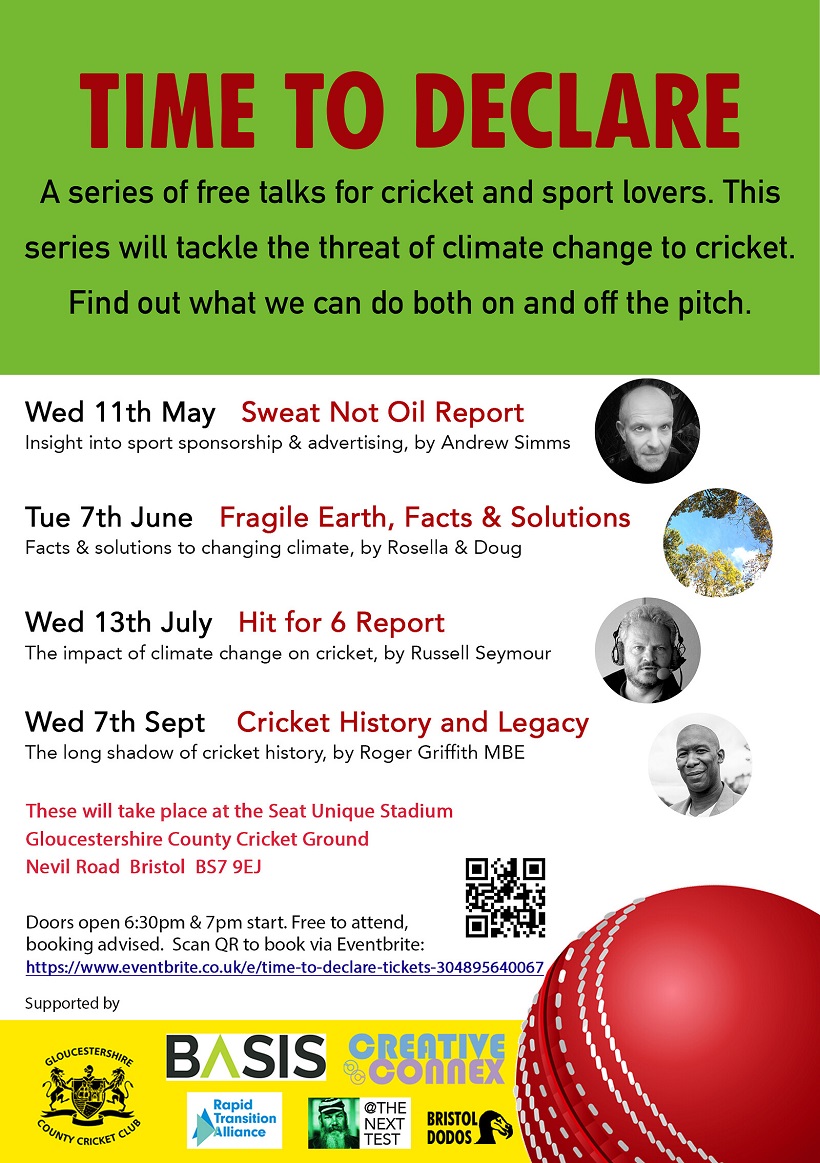