The 30-year-old left-arm pace bowler will be available for selection for The Shire’s upcoming LV= Insurance County Championship matches against Surrey, Hampshire and Somerset. Amir has played in 36 Test matches for Pakistan and has 119 Test wickets to his name. The overseas signing will provide Glos with an experienced seam option as cover for the absent Naseem Shah, who will be unavailable for selection until the T20 Vitality Blast campaign.

Amir has linked up with the Gloucestershire squad in Lancashire and will be in-line to make his first-team debut for The Shire against Surrey at the Seat Unique Stadium in Bristol, on Thursday 28 April.

Speaking of his excitement at signed for Glos, Amir said: “The County Championship is an amazing competition and I can’t wait to get going with Gloucestershire. I love playing in English conditions and I’m feeling really good, so I hope I can perform well for the team.

“I’m excited for the challenge and will try my best to help Gloucestershire win some matches.”

Amir made his Test debut for Pakistan against Sri Lanka in 2009, at the age of 17, and claimed six wickets in the match. By the time he was 18 Amir had become the youngest bowler in history to take 50 Test wickets. After soaring to international stardom as a teenager, Amir went on to enjoy a successful international career and made a combined 147 appearances in IT20, ODI and Test matches over an 11-year period.

Amir also has previous experience of playing in English cricket having enjoyed two spells at Essex as an overseas signing in 2017 and 2019. In 2017 he featured for Essex during their title-winning County Championship campaign and in the T20 Blast campaign, in which he took a combined 28 wickets across both competitions.

Most recently, in December 2021, Amir represented Bangla Tigers in the Abu Dhabi T10 tournament and played alongside Gloucestershire’s Benny Howell. From there, just before the turn of the year, he went on to play for Galle Gladiators in the Lanka Premier League in Sri Lanka, and made six appearances to help the side reach the final of the T20 competition.

Steve Snell, Performance Director at Gloucestershire Cricket, said: “We are delighted to have signed a bowler of Amir’s calibre. We will sadly be without Naseem for a few weeks due to injury and while we help him get back to full fitness, Amir will provide us with quality and international experience in our seam attack for what is a strong first division competition.

“Amir fits the bill perfectly for what we need and we’re confident he will be a great addition to the squad for those three matches. He has indicated his hunger and desire to make pivotal contributions during his time with us and we look forward to making him feel welcome in Bristol with Gloucestershire.” 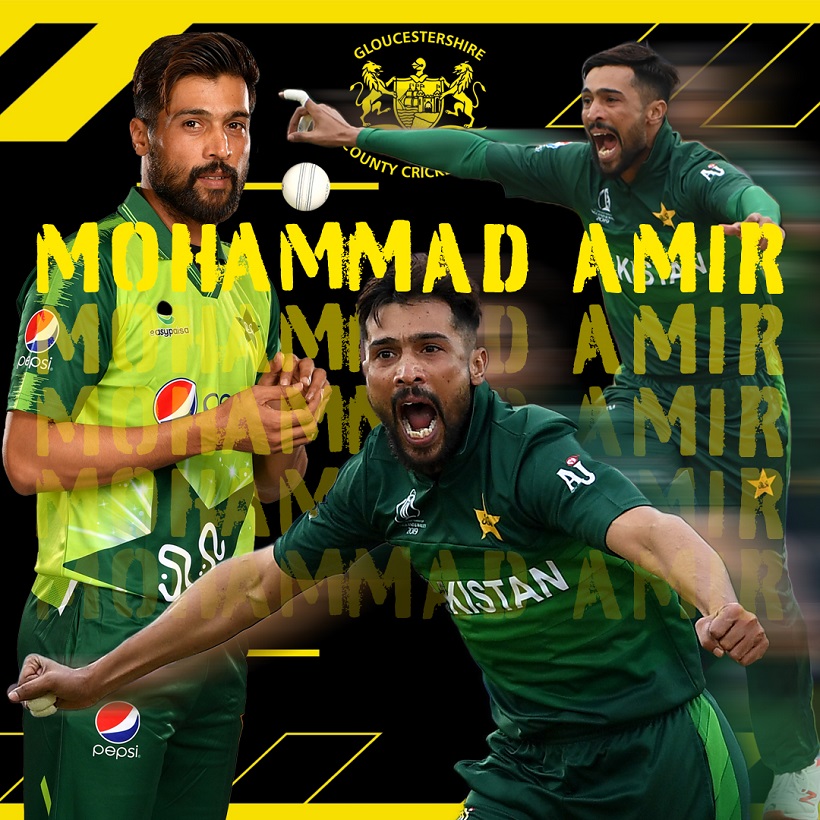