The trio will go straight into the squad that faces Somerset at the Seat Unique Stadium tomorrow having been signed on a short-term basis to relieve pressure on Gloucestershire’s injury-hit squad. Head Coach Dale Benkenstein will be without a number of first-team players for the visit of The Shire’s local rivals this weekend including bowlers David Payne, Naseem Shah, Mohammad Amir and batters Chris Dent and Ben Charlesworth.

Scotland international Brad Wheal, who was born in Durban, South Africa, has been signed on a minimum two-week loan deal from fellow Division One side Hampshire. The 25-year-old began his career in English cricket in 2015 when he was signed by the then-Hampshire coach Dale Benkenstein. Wheal has 95 first-class wickets to his name and an impressive average bowling economy of 3.44. He was also part of the Scotland squad that took part in the 2021 ICC Men's T20 World Cup.

Lincolnshire-born all-rounder Zak Chappell joins Gloucestershire on a one-month loan deal from Division Two side Nottinghamshire. The 25-year-old right-arm fast bowler and right-handed batter has taken 59 first-class wickets in just 26 matches and has scored almost 700 runs with the bat in as many appearances. He signed for Nottinghamshire in 2018 having impressed early on in his career for Leicestershire and has a first-class bowling economy of 3.66.

Performance Director at Gloucestershire Cricket, Steve Snell, said: “We have had significant injury disruption all season and we are wary of taking bowlers into matches with niggles at this stage of a busy campaign.

“Brad and Zak are two very talented bowlers with lots of experience who will bolster and bring a freshness to our bowling attack immediately.”

Meanwhile England under-19s international Jacob Bethell has signed for The Shire for the Somerset match only from last year’s County Championship winners, Warwickshire. The exciting 18-year-old scored 205 runs at the 2022 Under-19s Cricket World Cup in the West Indies, including an impressive 88 off 42 balls v South Africa. The youngster has also been bought by Welsh Fire for the 2022 season of The Hundred and is viewed as a rising star of the English game.

Steve Snell added: “l have been following Jacob’s progress for a number of years, he is an extremely exciting young player who has flourished at peer level and I am certain is destined for a hugely successful career.

“Scoring consistent First innings runs have been a stumbling block for us so far this year and bringing Jacob in allows us to invigorate our batting line-up. Jacob scored an exquisite hundred against our second XI in challenging conditions recently and this is an excellent opportunity for him to experience first-team cricket.” 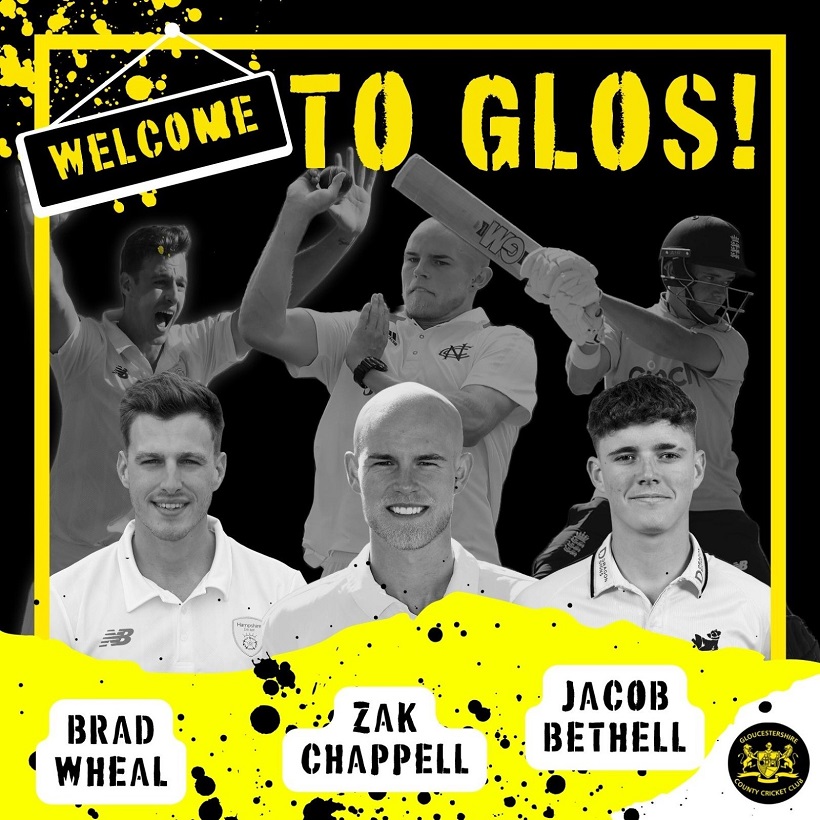