On Sunday 19 July, we’ll see Steve Smith and Jofra Archer reignite rivalries from this summer, as Welsh Fire take on Southern Brave in Cardiff at Sophia Gardens. Australia captain, Meg Lanning, will go head-to-head with England’s Heather Knight once again, as Welsh Fire face up to London Spirit on Thursday 6 August at the County Ground, Northampton.

The teams will be eyeing the 14 and 15 August, when the women’s and men’s finals days will be taking place respectively. Venues for both finals will be announced shortly.

Gary Kirsten, men’s Welsh Fire Head Coach said: “Playing in the opening fixture is an honour. Tom (Moody) has pulled together a solid team, but I’m excited about the potential ability of Welsh Fire.”

Beth Barrett-Wild, Head of The Hundred - Women’s Competition, said: “The Hundred presents a brilliant opportunity to showcase the women’s game and I’m very excited to see how the competition will help take women’s cricket to the next level. Launching side by side with the men’s competition gives us the perfect platform to show that cricket is a sport for everyone, and with world class players set to be involved in both competitions, the quality is going to be brilliant.”

The competition will run throughout the summer holidays from 17 July-15 August 2020, featuring some of the world’s best players in the most exciting matchups. 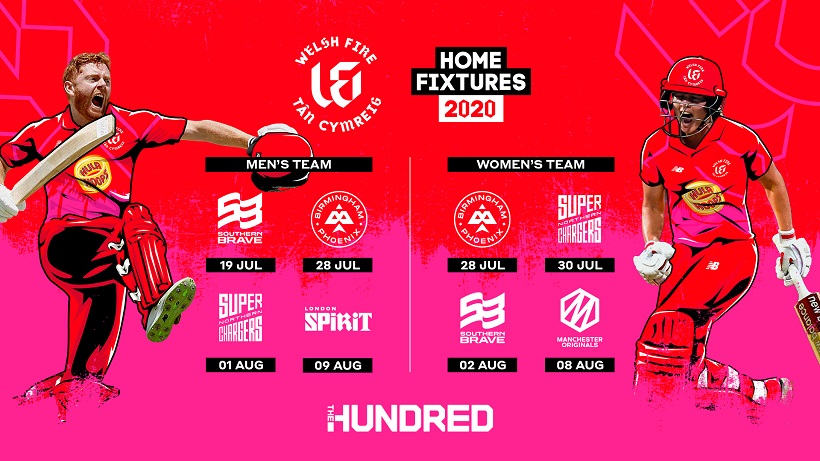