Gloucestershire Cricket is set to compete for two red-ball titles next summer following confirmation that the First-Class Counties have agreed to a revised structure for the 2021 men’s first-class season.

The chairs of the First-Class Counties have agreed via a vote that next summer will welcome the return of the County Championship in a group-stage format. The men’s first-class season is then set to end with a showpiece five-day Lord’s final to win the Bob Willis Trophy.

Essex will seek to defend both titles after the county won the 2019 County Championship and this summer’s Bob Willis Trophy final at Lord’s.

Today’s announcement follows discussions between the England and Wales Cricket Board (ECB) and the First-Class Counties to help restart the County Championship, whilst mitigating against the impact of COVID-19 next summer. The agreed revised structure is for the 2021 men’s first-class season only.

The 18 First-Class Counties are set to play 14 County Championship matches each next summer across Group and Division Stages.

Each First-Class County has initially been placed into one of three seeded groups of six and will be scheduled to play five home, and five away, matches during the Group Stage.

The top two counties in each group, at the end of the Group Stage, will progress to Division One, with the other counties moving into Divisions Two and Three, where they will each play a further four matches.

The winner of Division One will be crowned the 2021 County Championship winners.

The top two teams in Division One will also earn the right to play in the Bob Willis Trophy final at Lord’s. 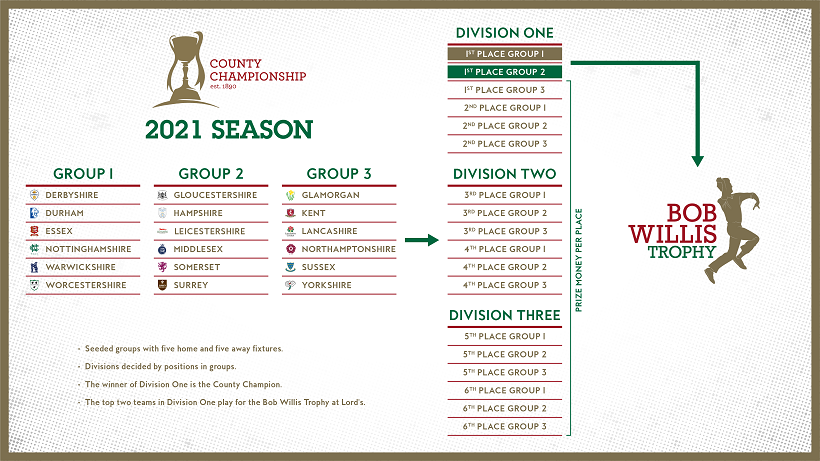 ECB Chair, Ian Watmore, said: “Since starting in my new role last month one of my key priorities, as a huge supporter of red-ball cricket, has been to collaborate with the First-Class Counties so that we could confirm a structure for next summer’s men’s first-class season.

“I am delighted that the counties have been able to reach that agreement less than three weeks after Essex won the Bob Willis Trophy final at Lord’s.

“The success of that competition provides reassurance that this structure can help safeguard against any impact the global pandemic may have on next season while also ensuring the integrity of the County Championship.

“It must be stressed that this structure has been agreed for next season only and during 2021 we will review and consult with the counties and other stakeholders to decide the appropriate next steps for the men’s domestic structure in 2022 and beyond.”

Gloucestershire Cricket Chief Executive Will Brown added: “We welcome today’s announcement from the ECB and confirmation of the proposed red ball tournament for 2021. For Gloucestershire fans there are already some great matches to look forward to and we’re excited to see how we progress and the opposition we will face for the final set of matches next season.

We look forward to planning for the season, taking part fully in the proposed review and most importantly playing some great cricket  for our family of supporters.”

A provision to accommodate derby matches, only where appropriate within the seeding structure, into the groups has also ensured that county members and supporters can look forward to some of county cricket’s oldest rivalries resuming home and away next summer.

Playing conditions for the 2021 County Championship and the 2021 Bob Willis Trophy final remain under discussion and will be announced in due course. 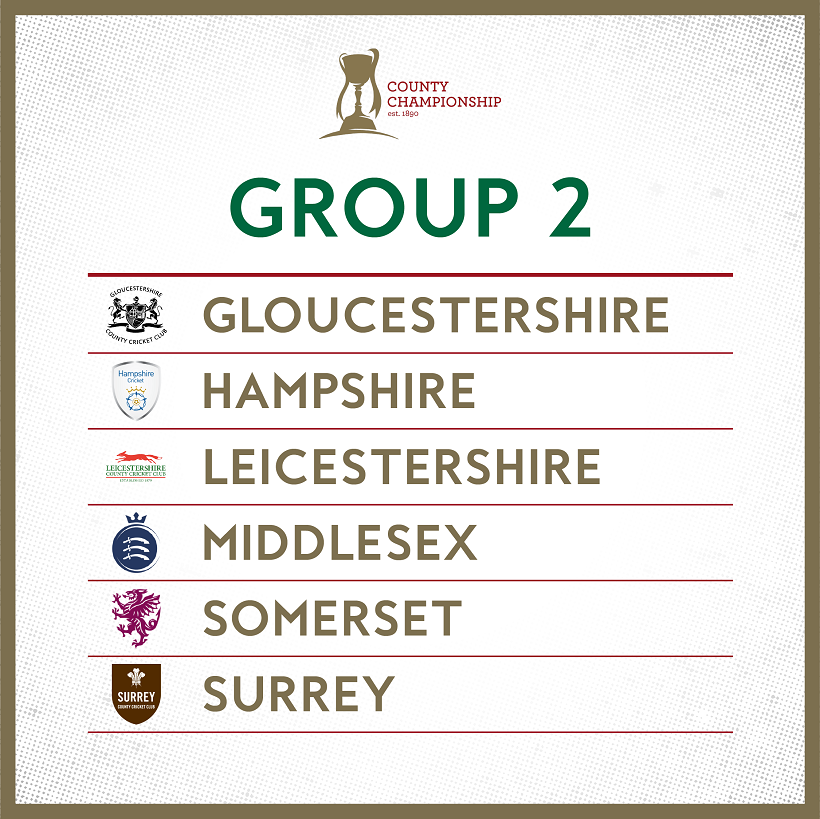