Gloucestershire make their first Finals Day appearance in the Twenty20 competition since finishing runners up in 2007; the longest wait of the four sides appearing in the 2020 edition of the competition.

Jack Taylor’s side cruised to a seven wicket win over Northants Steelbacks in the quarter-final at the Bristol County Ground to earn their Finals Day spot at Edgbaston tomorrow (Saturday 03 October).

Gloucestershire will battle it out against Surrey in the first semi-final of the day at 11:00am. The Shire have won back-to-back T20 matches versus Surrey; neither side has managed a three-game winning run over the other in this format, this will certainly be a statistic that Gloucestershire will be looking to break.

Surrey are currently enjoying an eight-game winning streak in the T20 Blast whilst Gloucestershire have managed to record victories in eight of their last nine outings in the competition.

No bowler has claimed more wickets in the 2020 T20 Blast than Ryan Higgins (16); he has bowled more yorkers than anybody else this season (33). Higgins is joined by a terrific in-form bowling attack of David Payne, Tom Smith and Graeme van Buuren who have all played in every Gloucestershire match of the competition.

Ian Cockbain and Chris Dent are the two current Gloucestershire players in the top ten of the PCA MVP Rankings. Both players have been dominant with the bat so far in the 2020 Vitality Blast, in a team that bat extremely deep and who will prove to be a hard team to remove. Graeme van Buuren, who hit the most runs for The Shire in the Bob Willis Trophy, has been coming into bat at the number eight spot. 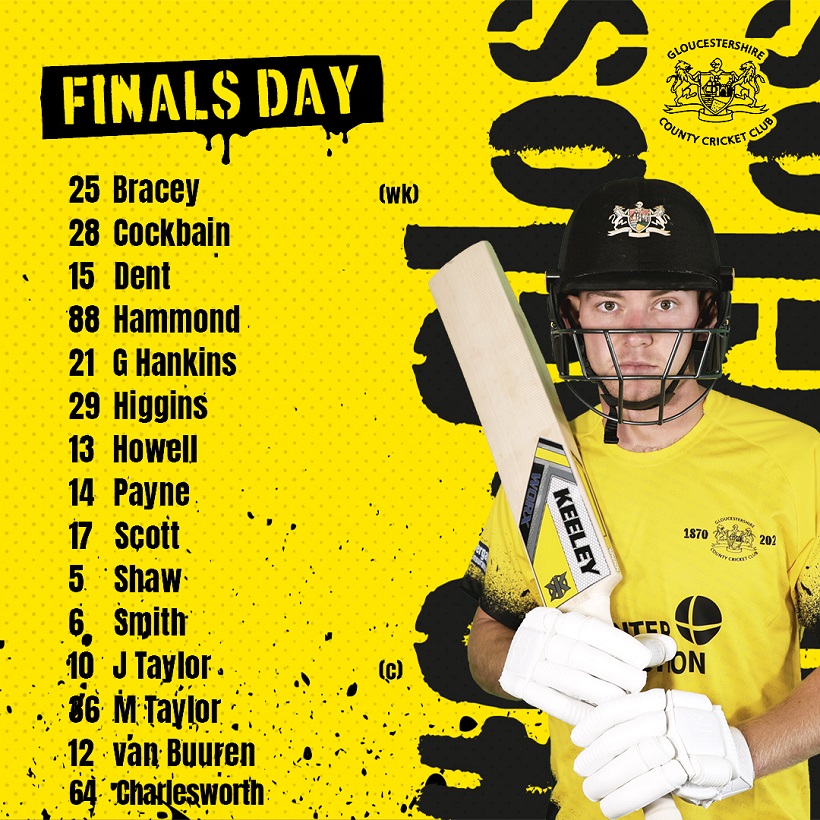 Surrey have been in great form and comfortably won their quarter-final against Kent Spitfires by 56 runs. Will Jacks comes into this game having recorded the best figures by a Surrey bowler this season (4/15).

New recruits Jamie Overton and Laurie Evans have been strong additions to the Surrey side who will be looking to win the competition for the first time since 2003.