The highly anticipated One-Day International match between World Champions England and Australia at The Bristol County Ground on Thursday 16th July 2020 has officially SOLD OUT!

Due to strong sales and high demand for all available tickets, the fixture has sold out in record time for an international match in Bristol.

The home of Gloucestershire Cricket is proving to be one of the most popular venues for One-Day International cricket, hosting hugely successful men’s and women’s one-day international matches in 2019. The Day/Night fixture next year will be the final match in the ODI series between the two sides and could well prove to be the deciding match.

Gloucestershire Cricket Chief Executive, Will Brown said: “The Bristol County Ground has long been a popular venue for international cricket and we were proud to have attracted the largest attendance in the country for a match at this year’s England v Australia Women’s Ashes Series.

We can now look forward to seeing the world champion England men’s team take on their old rival in front of 16,000 supporters. The popularity of this illustrious fixture has been incredible, the atmosphere is going to be electric and we are really excited to be hosting such an event.” 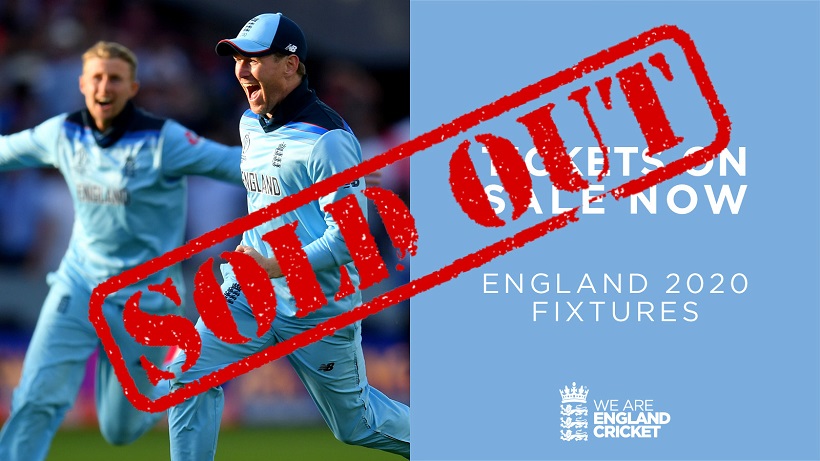