England women’s players Sophia Dunkley, Katie George and Sarah Glenn made a surprise appearance in Bristol on Friday to take part in a coaching session with the ACE programme thanks to sponsors Royal London.

The three internationals joined in with training drills and cricket-related games with around 20 youngsters at the African Caribbean Engagement (ACE) programme’s Community Hub at City Academy, in Easton. The session was the first of its kind to happen in Bristol following the successful launch of ACE in the city in September; made possible thanks to support from Royal London who have supplied £100,000 in funding to allow the programme to expand, and that coinicdeded with England women’s ODI victory over New Zealand at Gloucestershire’s home stadium, Bristol County Ground. 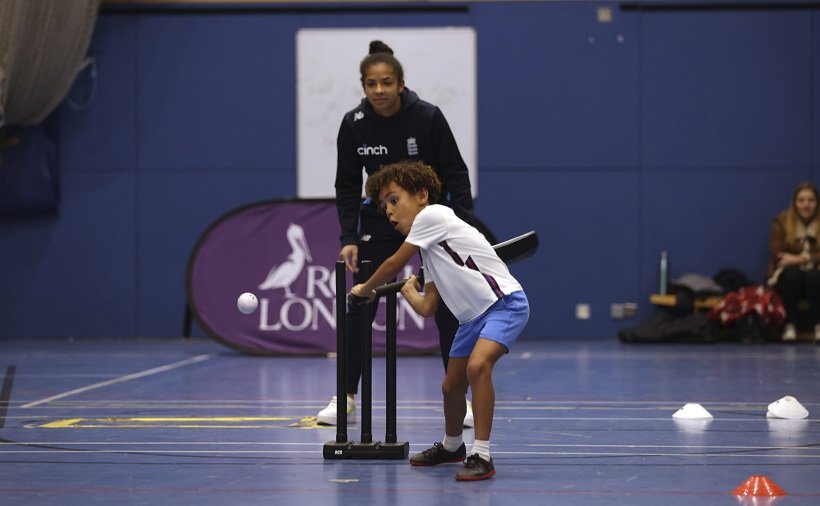 Sophia Dunkley, 23, featured in that match having also made her international debut in Bristol in June, when she became the first black woman to play Test cricket for England. She scored an unbeaten 74 in that fixture against India and during Friday’s ACE session, said that she’s hopeful of being able to help inspire the next generation of black cricketers.

Surrey all-rounder, Sophia, said: “It has been a great start for ACE over the last year, to see it open up in Birmingham and Bristol as well to reach more children is amazing.

“On a personal level it was great for me to make my debut in Bristol for England, it was a really special day especially as I was able to contribute with a half century, so it’ll be a memory that stays with me forever.”

ACE is an independent charity which was initially set up by Surrey CCC in 2019 and was brought to Bristol thanks to a partnership between the Gloucestershire Cricket Board (GCB), Royal London and Gloucestershire Cricket. Through offering high quality coaching sessions, the programme aims to give more talented young people genuine opportunities to access pathways into professional cricket. 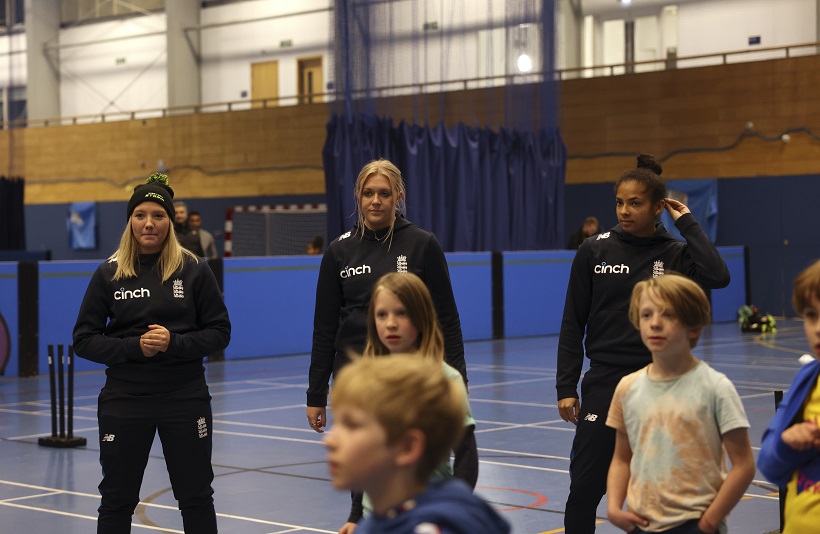 During Friday’s Community Hub, as well as helping to coach aspiring young cricketers, Sophia, Katie and Sarah also answered questions and offered advice to the participants of the session, as they showed their support for the work ACE is doing to tackle a decline in involvement in English cricket from members of the black community.

Speaking about the accomplishments of ACE so far, Western Storm and England’s Katie George, said: “I think the success of ACE speaks for itself, it has exceeded all expectations and I’m really excited to see where it goes from here. It’s really encouraging to see people come through the ACE programme and go on to get into counties and be involved in the England U19s.

“We’re here tonight to help where we can, listen to their stories and answer any questions that they might have.” 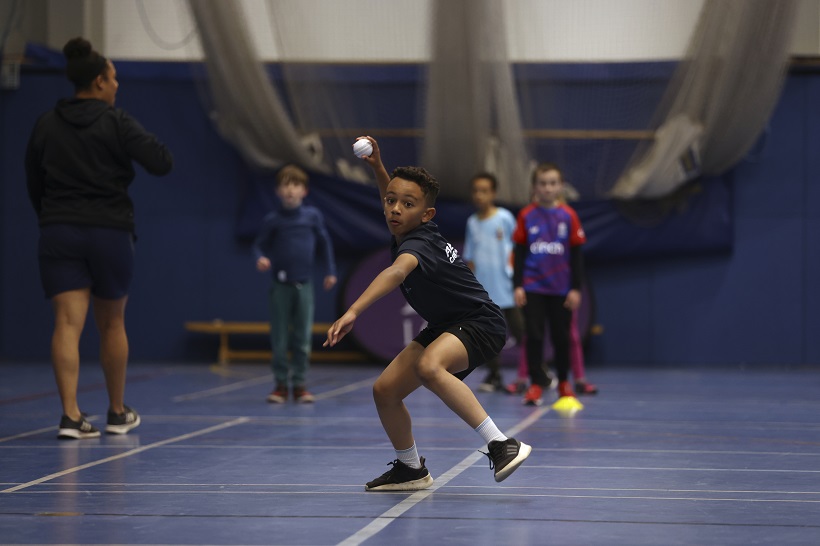 Worcestershire and England bowler, Sarah Glenn, added: “It makes it even more special to tap into the grassroots level of cricket because you’re able to get even more kids involved.  We all started at grassroots level ourselves so hopefully we can offer our support to children here today as they aim to make it into a pathway into cricket.”

The ACE programme will host a Community Hub session every Friday evening, between 6pm and 7pm, at City Academy, Russell Town Avenue, Bristol, BS5 9JH. For more information on how to get involved please contact ACE Bristol Development Officer, Theo Gordon, on theo@aceprogramme.com.