Yesterday evening (Wednesday 4 November), Gloucestershire Cricket announced the six winners of the awards that were up for grabs from the 2020 season.

Despite a shortened season, Gloucestershire Cricket reached Finals Day in the Vitality Blast for the first time since 2007 and showed some positive signs in the performances in the Bob Willis Trophy.

Please take a look at the list of winners below:

Bowler of the Season – David Payne

We would like to thank all supporters who voted for the ‘Supporters Player of the Season’ award.

It has been an unprecedented 2020 season and we do hope to see all Gloucestershire Cricket Members’ and Supporters’ at the Bristol County Ground and Cheltenham Cricket Festival in 2021. 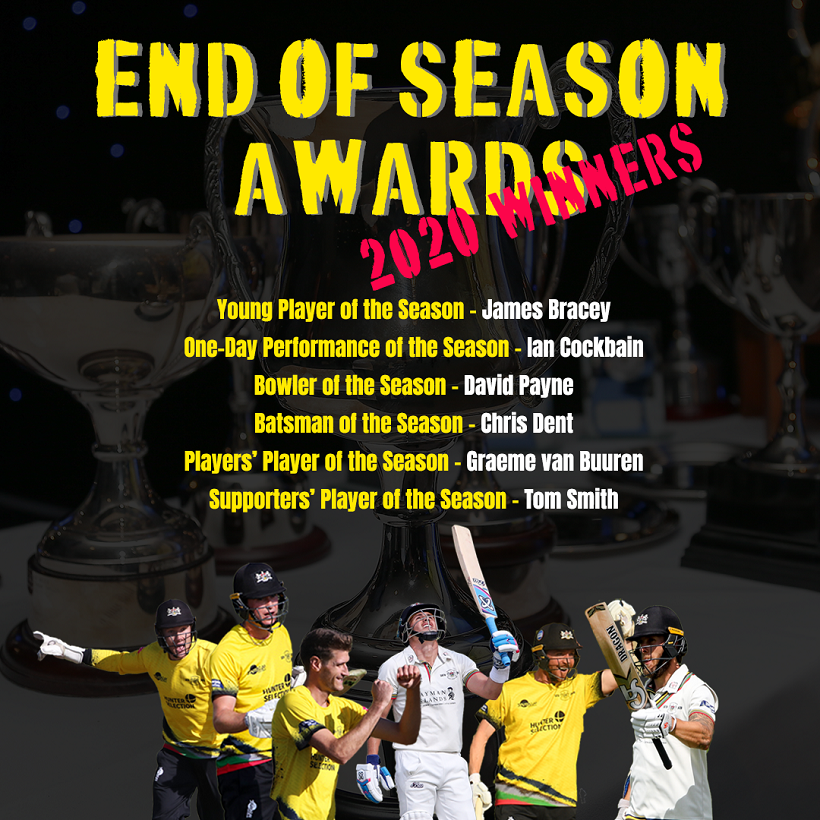