Gloucestershire make the trip to Scarborough to face the in-form Durham with eyes on their first points of the 2021 Royal London Cup.

The Shire face Durham in List A cricket for the first time since the trophy winning season of 2015. On that occasion, Gloucestershire were victorious by 71 runs in a rain-affected match at Bristol. Both counties made the knockout stages in that year’s Royal London Cup but have both failed to repeat the feat since.

This season, Durham have started with two wins from two and a no result against Sussex at Hove to place them in the top three spots in Group Two. Gloucestershire, on the other hand, have started the competition with two home losses and are still searching for their first points.

While Gloucestershire have yet to get on the board, they will be boosted by the return of James Bracey who was unavailable in the first two matches due to Covid precautions.

Bracey averaged 55.50 in the 2019 Royal London Cup; his first taste of List A cricket. He will likely slot into the batting order at three meaning Gloucestershire will open with three left-handers at the top of the order.

The openers, Charlesworth and Dent, have a combined 38 runs in three innings so far in the competition and will be looking to put together a greater opening partnership than the 15 they managed against Worcestershire.

Josh Shaw has been exceptional with the white ball this season, starting the Royal London Cup with six wickets at an average of 15.5. That follows a Vitality Blast group stage in which he took 13 wickets at 21.38. He will need to once again produce wickets to take down a strong Durham batting lineup. 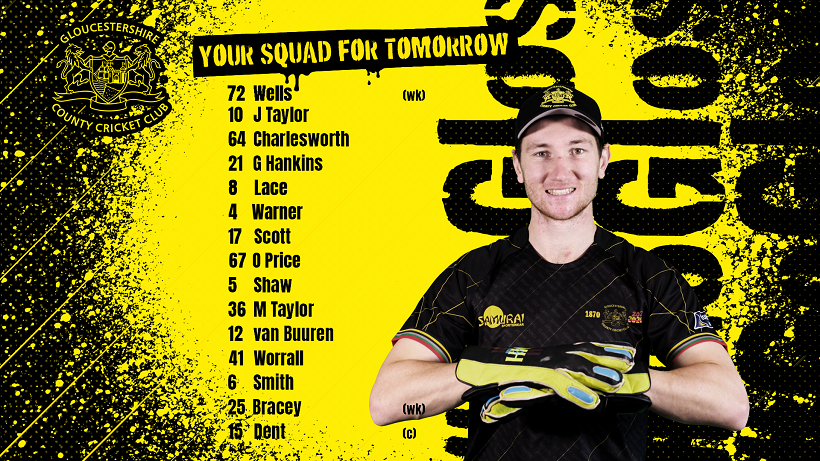 Durham have named an unchanged squad for tomorrows match, sticking to a formula that has worked thus far.

Heading into the game, Durham are currently atop Group Two and looking to build on their strong start to the season.

Opening the batting, Graham Clark and Alex Lees both recorded centuries in their season opener against Kent and Clark followed his 141 up with another impressive showing, making 65 against Middlesex.

Bedingham and Borthwick have both made half-centuries batting at number three and they are backed up by wicketkeeper-batter Cameron Bancroft and 22-year-old Liam Trevaskis. 20-year-old Luke Doneathy made 50 on his List A debut against Kent adding even more depth to their lineup.

The bowling attack is once again lead by Chris Rushworth who has started with five wickets at an average of 18. Borthwick, van Meekeren and Trevaskis have all bowled big overs at important phases of the game and will be looking to do the same against The Shire.